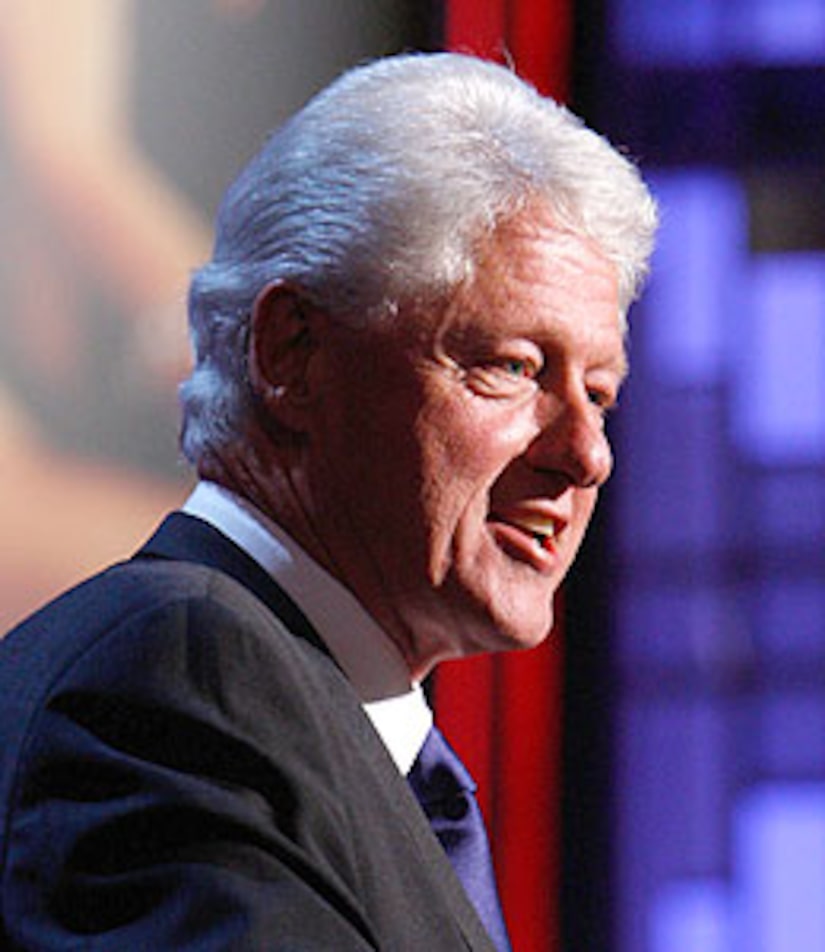 Former President Bill Clinton has some thoughts on who should occupy his former home at 1600 Pennsylvania Avenue -- and he shared his two cents with the ladies of "The View."

"I believe Obama will win," Clinton states matter-of-factly. Bill shared that he believes conditions are right for Dems to reclaim the presidency -- and reveals that wife Hillary didn't want to play second-in-command on Barack's ticket! "Not really, no," Bill admitted, when asked if Hill wanted to be VP.

When asked about the former Hillary supporters who threw their support to McCain after the GOP nom chose Sarah Palin as a running mate, Clinton responded, "We vote for some people because we identify with them on race or gender... it's not an entirely rational process, and it's different for everybody." He adds, "You can't tell someone else that the grounds on which they make their voting decision is irrational."

The former Commander-in-Chief went on to say that he believes sexism has been a factor in the race -- and that the debates could change everything.