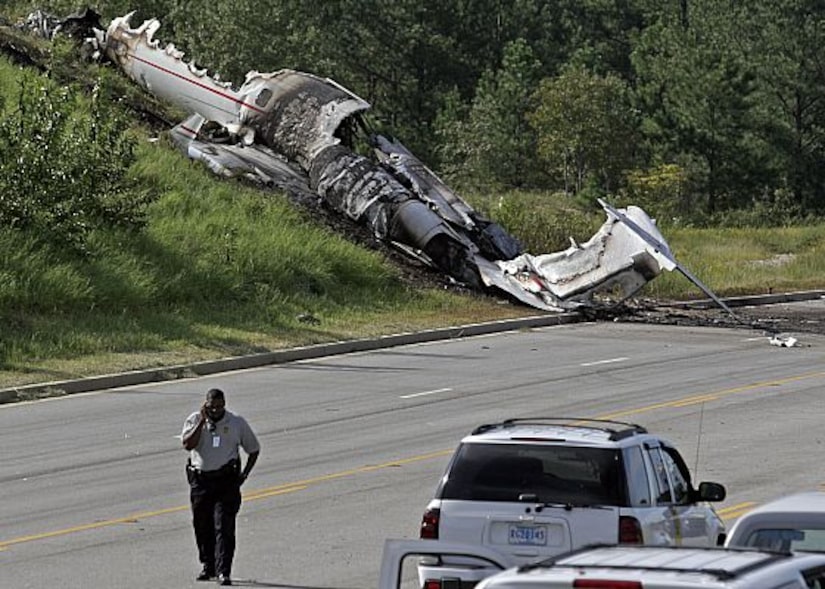 FAA spokeswoman Kathleen Bergen reports that traffic controllers called authorities after they saw sparks while the jet attempted takeoff. The plane went off of the runway and crashed on a road nearby.

"Extra" has learned that both the deejay and the drummer are listed in "critical but stable condition." Goldstien and Barker are currently being treated at the Joseph M. Still Burn Center in Augusta, GA. Their injuries were assessed at a Columbia hospital before they were transported to the burn center. Adam was reportedly airlifted to the center while Travis was reportedly transported on the ground.

The two mix drum and dance beats and perform under the name TRVSDJ-AM. Barker and Goldstein were leaving South Carolina after performing together, along with Perry Farrell and headliner Gavin DeGraw, who were both not on the plane that crashed.

Barker is currently in the band +44 -- and is the star of the former reality show, "Meet the Barkers," which co-starred ex-wife Shanna Moakler, Miss USA 1995. Adam is a popular DJ that was once engaged to Nicole Richie.