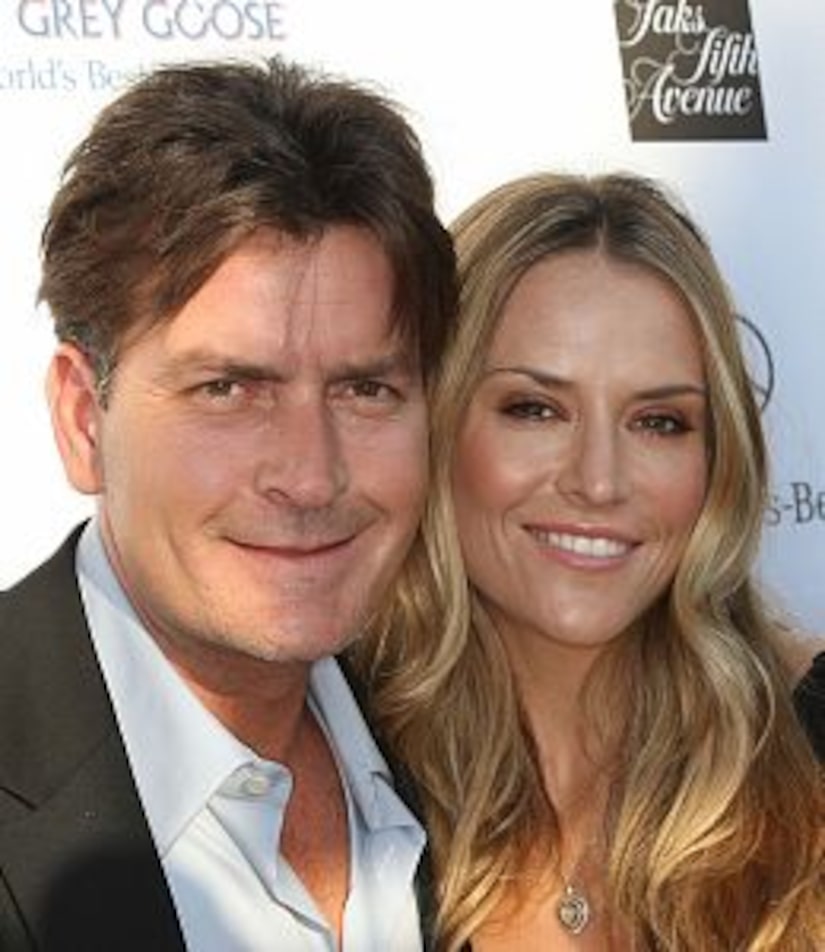 Charlie Sheen's "Two and a Half" men co-star Holland Taylor, who plays his mother on the show, has lauded Charlie's off-screen parenting. The actor is currently expecting his first child with wife Brooke -- and Taylor says Sheen will be a wonderful dad to his new baby, especially if the father of three girls finds himself with a son!

The actress and Sheen are both nominated for an Emmy for their roles in the CBS hit. "I think he's a wonderful daddy to his girls -- he just adores them, he's very sweet with them," Holland tells People magazine. "It will be very interesting to see Charlie with a boy. It'll bring out a whole other side of him, I'm sure. ... I'm very proud of him. I think he's really enjoying fatherhood, and it's really deepened his life and his commitment to life."

Charlie and Brooke told "Extra" last month that they were expecting. Charlie has two girls with ex Denise Richards -- Sam, 4, and Lola, 3 -- and a 23-year-old daughter with ex-girlfriend Paula Profitt.