"Sex and the City" co-stars Sarah Jessica Parker, Kim Cattrall and Cynthia Nixon chit-chatted at the "Sex and the City: The Movie" DVD release party in NYC. Could they be discussing a possible "SATC" sequel? 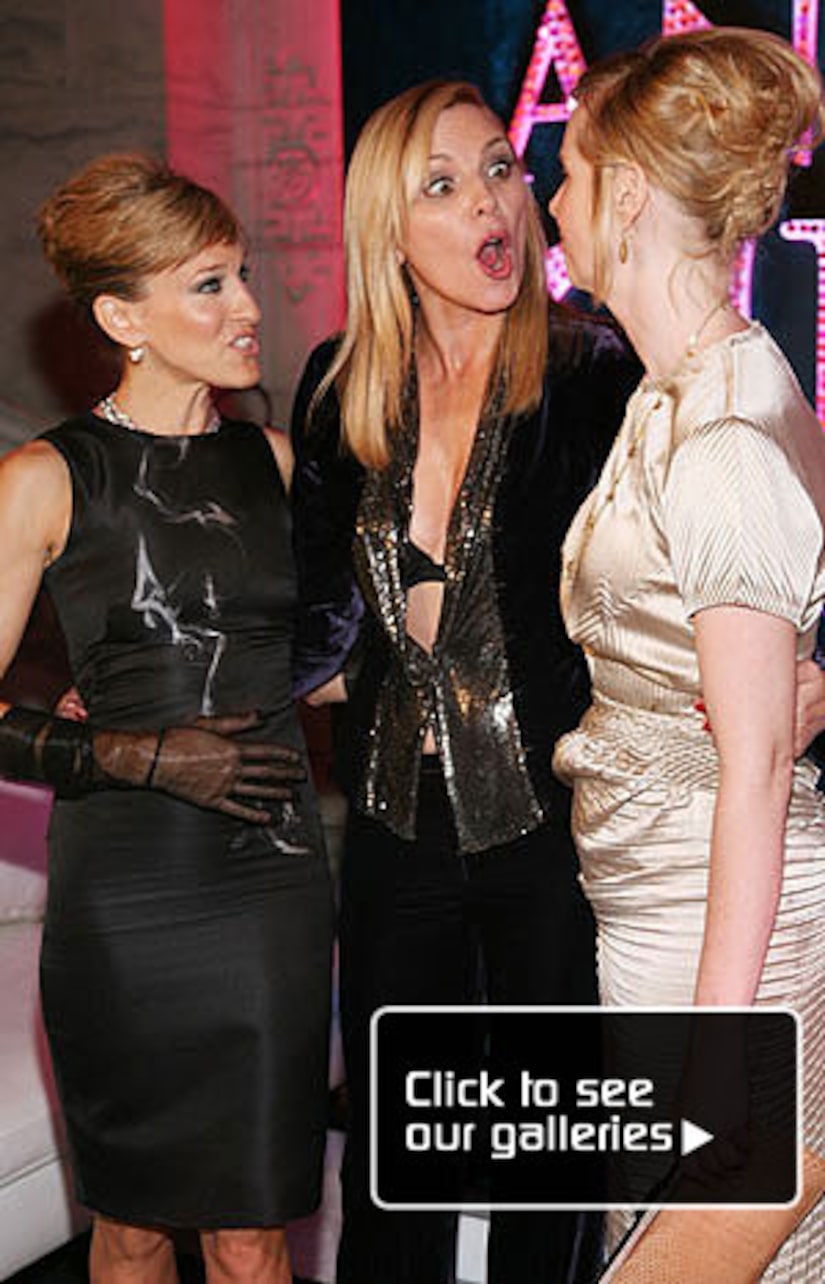 Producer/writer/director Michael Patrick King is all for it, telling TV Guide, "The actresses are great, and if the gods smile and people are still interested, why not?" Or could it be Kim is overwhelmed with joy about Cynthia Nixon's recent Emmy win? Whatever the news, Kim's face here is priceless.