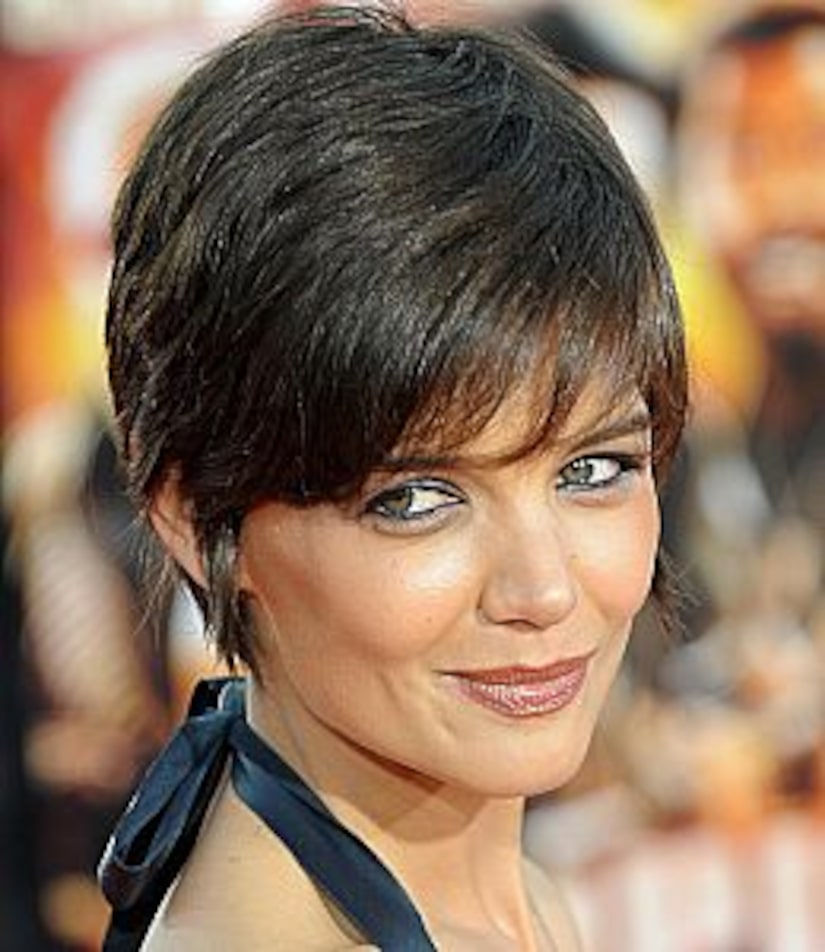 Katie Holmes made her Broadway debut in "All My Sons" last night in New York -- and her performance was met with a standing ovation! Proud hubby Tom Cruise joined the New York audience to give Katie an ovation that lasted through three curtain calls.

"I'm so proud of her," Tom gushed to People magazine. "This means so much to her."

Still, more than just a star-studded audience welcomed her to the stage. The Schoenfeld Theater was picketed by sign-carrying, anti-Scientology demonstrators, though a protest spokesperson insisted, "We are not boycotting Katie, we are not boycotting the play, we are protesting against Scientology."

After the two-and-a-half-hour show -- a revival of Arthur Miller's haunting 1947 play -- fans scrambled to catch a glimpse of Mrs. Tom Cruise outside the theater.