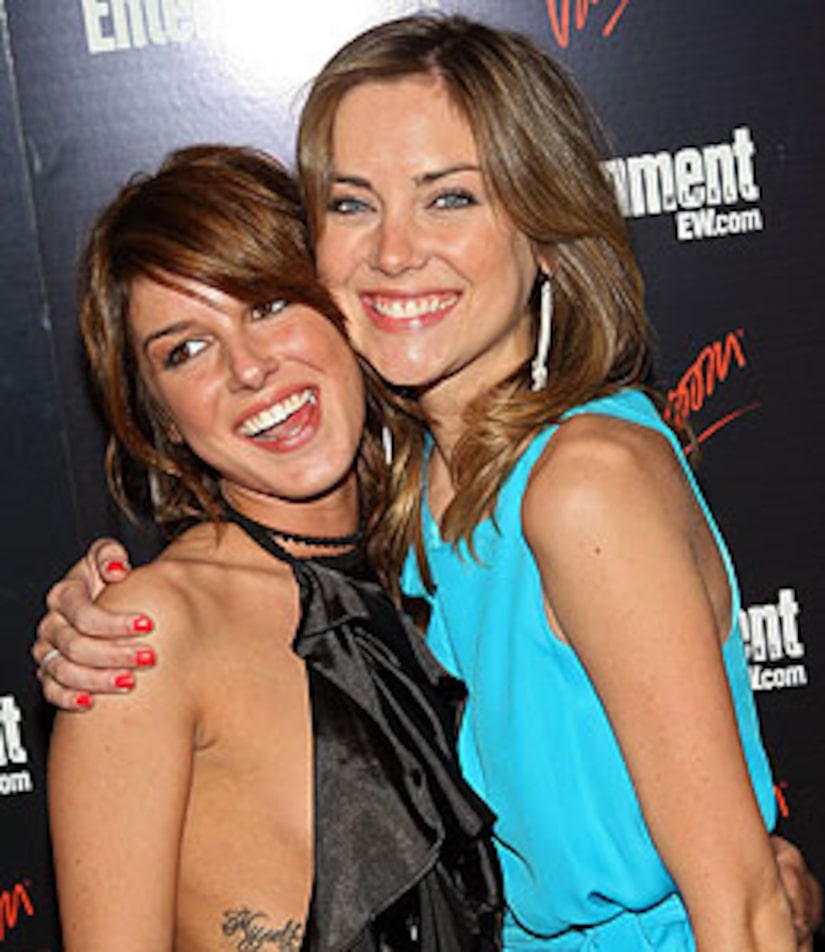 Hollywood has always been full of waiflike actresses -- but the starlets of "90210" have become so pin-thin that whispers about their tiny frames have become a roar -- causing Beverly Hills alum Shannen Doherty to defend her young co-stars.

"They just have amazing bodies. Deal with it," Shannen tells "Extra" of Shenae Grimes, 18, and Jessica Stroup, 21 -- who have become the focus of the skinny scrutiny. "You can't single out girls that you don't know anything about and decide they're too skinny... I watch them -- and they eat."

"Extra" lifechanger and "Work Out" queen Jackie Warner shared quite a different perception. "This girl's quadricep is about as big as my bicep -- she needs to have a leg that is larger than my arm," said an incredulous Jackie. "Here's the one dangerous aspect of being this thin for too long -- you permanently slow down your metabolic clock so you mess up your metabolism for a lifetime."

Talk on the set seems to share Jackie's concern. Us Weekly's Aimee Agresti says that the other kids of West Beverly are growing concerned. "The boys in the show may stage an intervention," she says -- before sharing this 9021-oh-so-telling secret from the show's set. "The wardrobe department on this show only has clothes that range from size double zero to size two -- it's pretty tough."