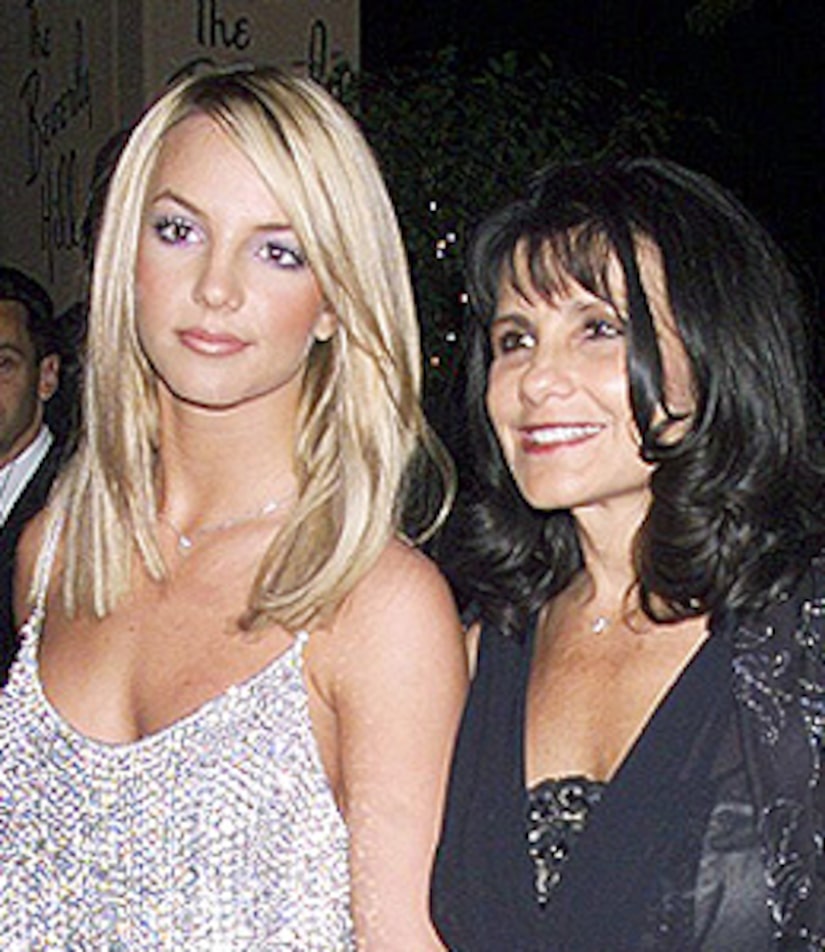 In an interview on "Today," Lynne Spears was plugging her new memoir, "Through the Storm: A Real Story of Fame and Family in a Tabloid War," and told Meredith Vieira that last year she was ready to break into Britney's gated community in order to rescue her. "I told my girlfriends, if you see my behind going over that wall, it's me, because it's my last drastic measure ... I'm gonna try to get in."

In other Britney news, rumor has it that a new Brit track has leaked to the web. "Extra" asked Perez Hilton his thoughts on the leak, and he opined, "I'm not quite sure if this song is really Britney ... It may be a fake."

BritneySpearsCircusLeak.com features a low-quality version of what purports to be a "leaked" track called "Candy from a Stranger." The song supposedly features Laze & Royal -- a North Hollywood based rap duo. The song features an electronically modified female voice, reminiscent of Cher's on "Believe." It's hard to tell if it's really Britney singing, but Brit's voice often sounds highly altered.