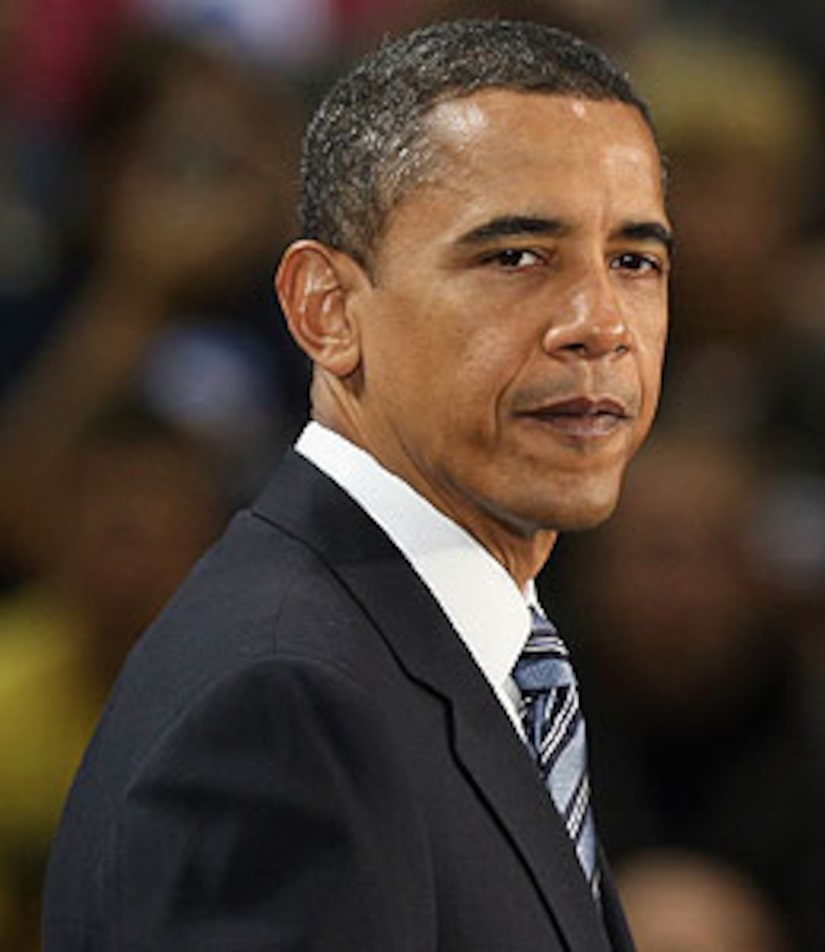 Presidential candidate Barack Obama took a detour from battleground states to attend a star-studded Beverly Hills fundraiser in his honor -- and "Deal or No Deal" model Claudia Jordan gave "Extra" the scoop on the star-studded bash.

Political singing queen Barbra Streisand took the stage to support Obama -- and Claudia said Babs had a beef with the GOP! "She was angry at how Barack Obama was being described by the Republican Party."

Barack stated that despite the celebratory nature of the evening, his focus remained on recent disasters the country has faced. "I'm not in a celebratory mood," he said, before mentioning various crises, including the train crash in Chatsworth, and Hurricane Ike. He encouraged his wealthy supporters to remember the working class his campaign is striving to help. He stated that his bid for the presidency is about "those who will never see the inside of a building like this, and don't resent the success that's represented in this room, but just want the simple chance to be able to find a job that pays a living wage."

The event raised $9 million for his campaign -- and was mocked by John McCain at a rally in Ohio, when he blasted the Illinois senator for professing his commitment to working people "just before he flew off to Hollywood for a fundraiser with Barbra Streisand and his celebrity friends." Jordan blasted this slam, telling "Extra" that "a couple celebrities were there, but it was not a celebrity event. Everyday people were there to support Barack Obama."