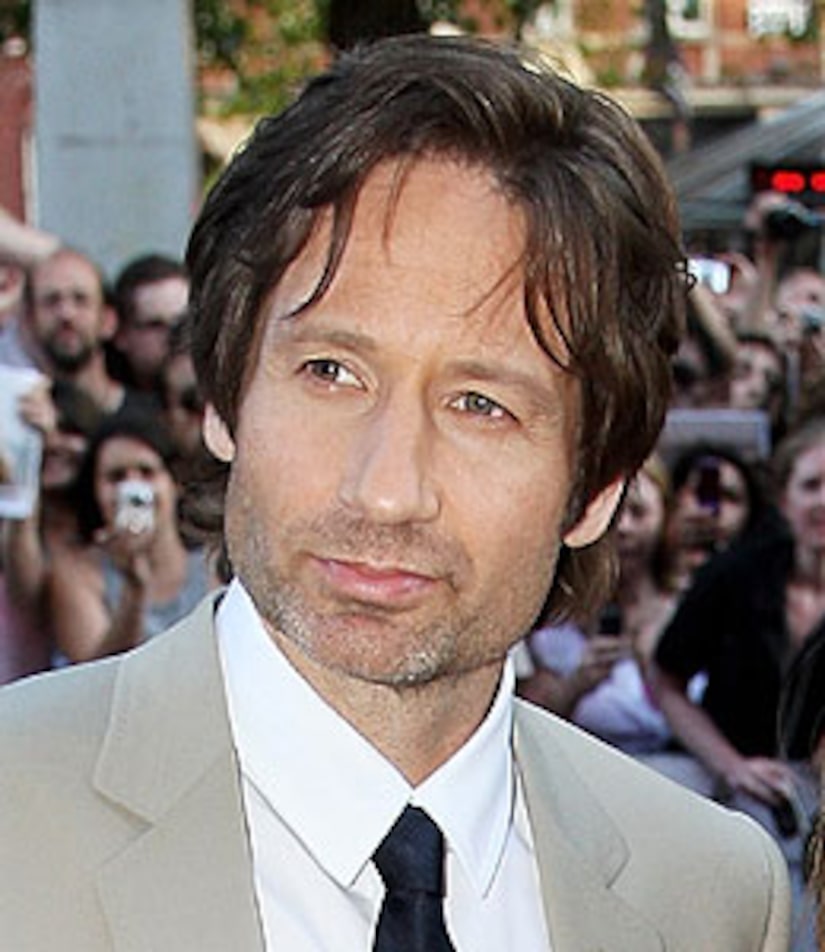 David Duchovny heats up the screen in Showtime's sexy series, "Californication" -- but off screen, the actor is battling a sex addiction, which might be proving difficult while shooting the explicit show.

Psychoanalyst Dr. Keith Kanner details how such a sexual role could test Duchovny's resolve in overcoming his addiction. "He's a great actor by day, but he's being forced to compartmentalize his condition to act. It's got to be a very difficult struggle for him."

MomLogic.com surveyed sex addicts -- and courageous gents Jason and Lorenzo detailed their struggle with sex addiction, and how their urges are more chemical than behavioral. "I would describe the sensation like a dependency on a drug -- the same type of chemical release on the brain that a child would get with candy."

Sexual addictions can be treated, says Kanner, "If people really want to change, and they really dedicate themselves to change, and they're working with someone that can get to the root of the problem -- then the prognosis is really good."