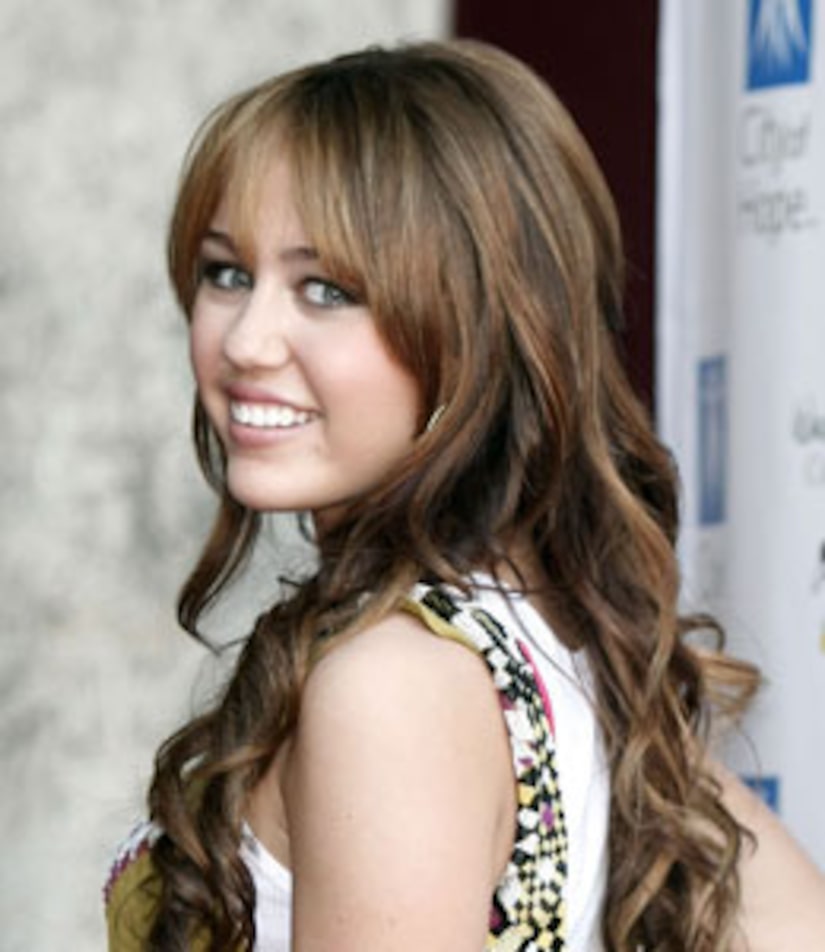 Move over Nick Jonas -- it looks like Miley Cyrus has found herself a new dude!

The "Hannah Montana" star, 15, was spotted Sunday in Pasadena, Calif. at church with her family -- where the Cyruses were joined by 20-year-old model Justin Gaston -- a friend of the Disney sweetheart and a former contestant on her father's show, "Nashville Star," says People magazine.

Gaston recently appeared in a video from country crooner Taylor Swift -- and it seems that Miley may have some competition with the blonde beauty. According to Justin Gaston's rep, Justin has "had a crush on Taylor Swift for quite awhile."