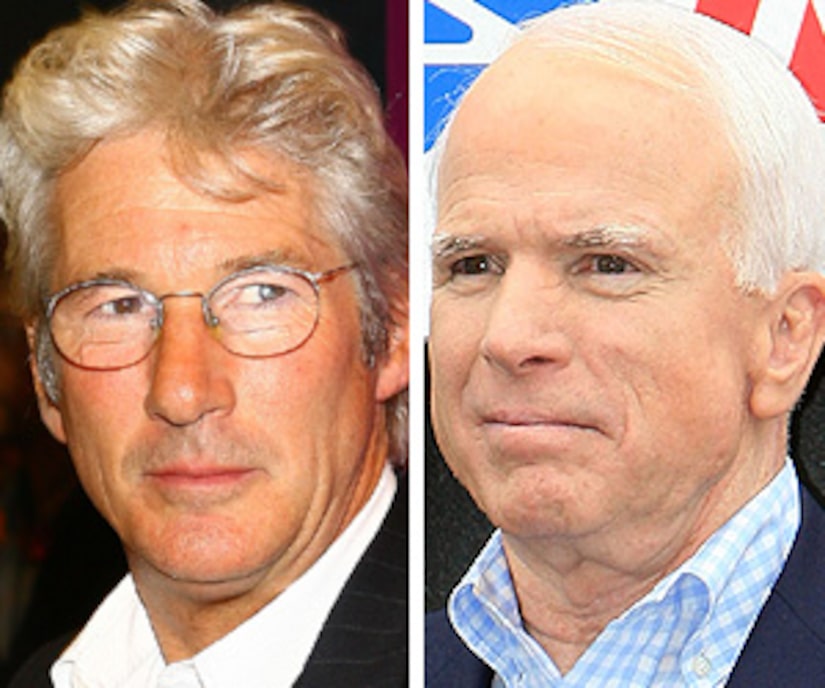 Actor Richard Gere sat down with "Extra" to promote his film "Nights in Rodanthe" -- and the conversation quickly turned political!

"I know John McCain -- I always found him to be honest and straightforward," said Gere. "I'm astonished by the lies coming out of his campaign -- this is not the guy I knew."

The Hollywood icon teams up with "Unfaithful" co-star Diane Lane for "Rodanthe" -- and she revealed her feelings on their reunion sex scenes! "I think it gets more awkward," Lane said, laughing. When asked about their spouses' reaction to their steamy love scenes, Gere said, "I was just asking my wife about that -- she said, 'The only thing I get jealous about is that it's her doing it and not me.'"