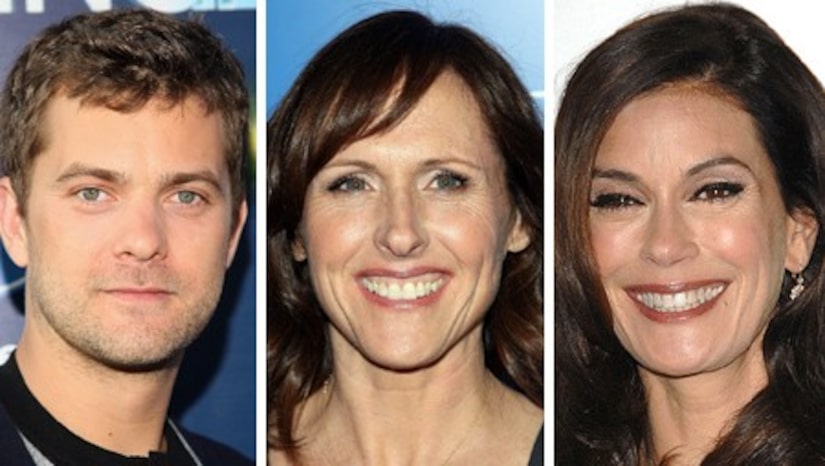 Mediaweek's Mark Berman says FOX's "Fringe," starring Joshua Jackson (formerly of "Dawson's Creek") is a must see, "Of any new show, it's gotten more buzz than anything else." Jackson explains the complex creation from "Lost" creator J.J. Abrams, saying, "At the beginning of every episode it has this amazing, bizarre kind a twisted hook and then the world's sort of unraveling for our character for 50 minutes."

NBC debuts the comedy "Kath and Kim," starring "SNL" alum Molly Shannon and "Hellboy's" Selma Blair. The two play a dysfunctional mother-daughter team. Blair says, "The show is a little bit campy and so much fun." If the show is as funny as the bus ads ("Stop Global Warming? We like being warm."), it's worth watching.

Hop on your Harley and head over to FX as Biker Boys take over primetime in the drama "Sons of Anarchy." You can expect the requisite brawls, tattoos and muscular motorcycle men.

As for the returning shows, Berman believes CW fave "Gossip Girl" will do even better in season two. "There's a lot of buzz about it." Steamy billboards plastered across major markets have paid off; the season premiere netted an estimated 3.4 million viewers!

The lovely ladies of "Desperate Housewives" return to ABC for a fifth season. To keep the storyline fresh, the show has jumped ahead five years. Wisteria Lane will be home to plenty of new and juicy secrets.

Berman isn't giving up on superheroes ... or villains. "I think viewers are still very hungry for 'Heroes.'" Viewers can expect plot twists, flash forwards to the future, and brand new characters in its third season.

Start making room in your evening schedule, or learn how to set that DVR -- this fall TV season is going to be full!