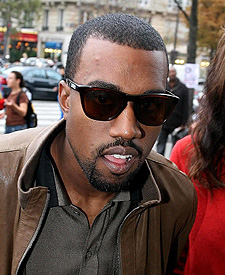 Just days after his showstopper closer at the VMAs, Kanye West has performed another smash hit -- on a shutterbug's camera!

The "Stronger" singer was incognito under a grey hoodie when a TMZ camera captured the shocking confrontation as West and his road manager snatched cameras from paparazzi -- and proceeded to smash them to bits.

When cops were alerted to the situation, they arrested Kanye and his manager for vandalism. The rapper was released on $20K bail -- and is scheduled to appear in court October 2!

Retro Report Tells Real Story Behind the Famous Line, 'A Dingo's Got… 5