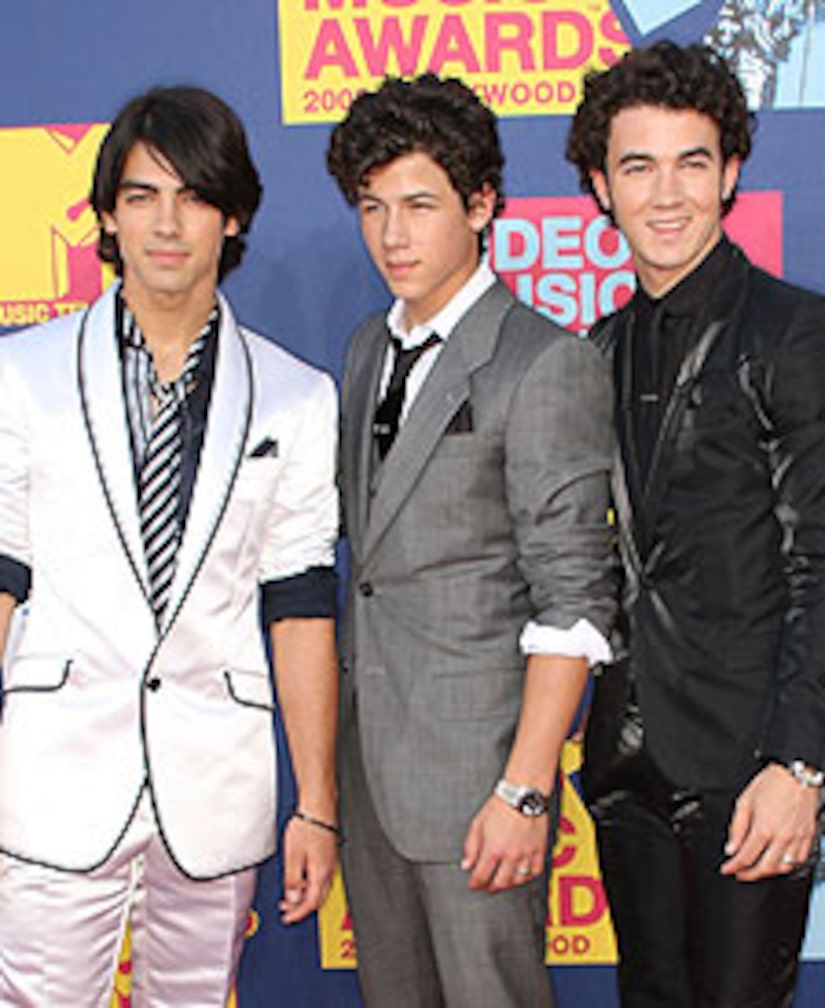 Sibling sensations "The Jonas Brothers" have inspired an international following -- they were welcomed by over 1,000 ecstatic British fans at the London premiere of their hit movie, "Camp Rock."

Joe, Kevin and Nick greeted a throng of supporters as they walked the red carpet -- and dismissed any hostility toward British comic Russell Brand for his controversial comments about their purity rings. "You know, we're just trying our best every day," Joe told People magazine of the incident. "We're just trying to make our mom proud every day."

The virginal teen heartthrobs performed some of their singles at the after-party of the event -- including "This is Me" from the summer camp flick, featuring co-star Demi Lovato.