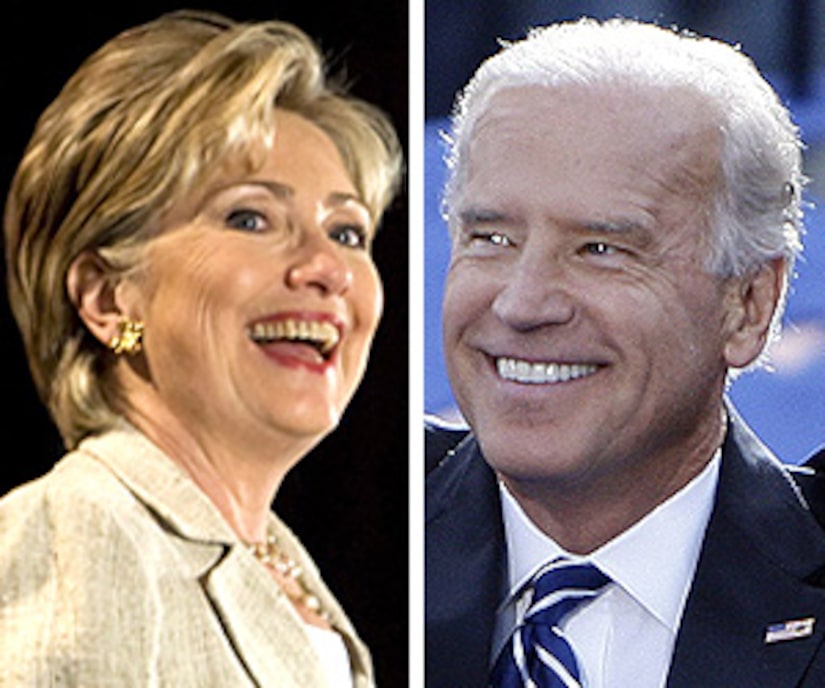 "She's easily qualified to be Vice-President of the United States of America," Biden said of the NY Senator and former First Lady. "Quite frankly, she might have been a better pick than me -- but she's first rate."

Obama has secured Hill's man Bill to campaign for him -- but still stands behind his choice for second-in-command. "The way I thought about it was, 'Who's going to help me govern?'" Obama told David Letterman. "I think nobody can do that better than Joe Biden."

Hillary isn't showing any signs of being sore about Obama's VP pick -- she has encouraged her supporters to back Barack.