Actor Matt Damon smiled with tots at the OneXOne Gala during the Toronto Film Festival. 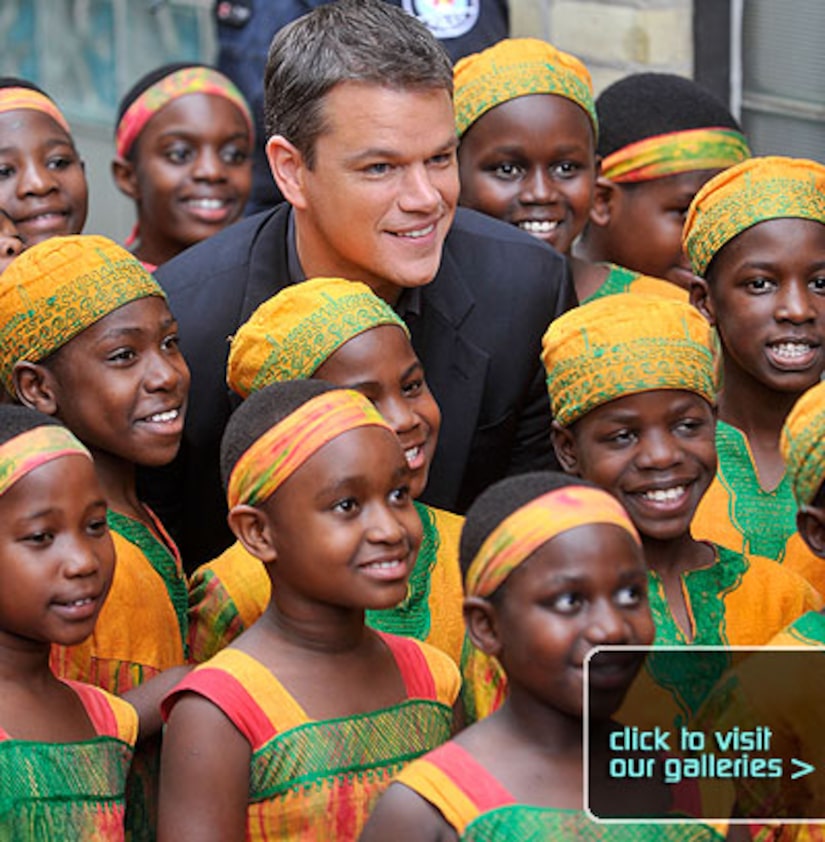 The "Bourne Identity" star -- and father of three -- has a soft spot for kids around the world -- and knows how to put a smile on their faces! Damon recently gushed to People magazine about his three-week old daughter, Gia, saying that she's already smiling. He has that effect. :)