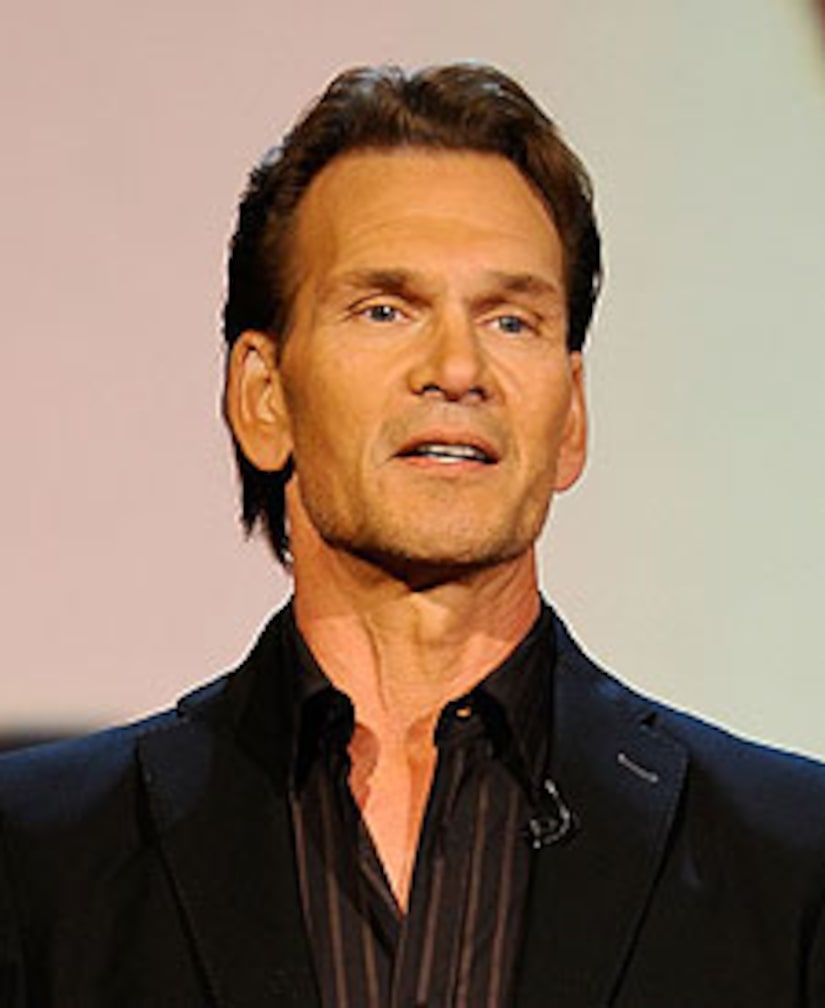 A healthy-looking Patrick Swayze surprised millions of viewers when he opened the "Stand Up to Cancer" televised fundraiser last Friday. He bravely took the stage and discussed his pancreatic cancer, inspiring others to "Stand Up to Cancer."

And the viewers listened. Thanks to the star-studded event, $100 million is now going to cancer research. News anchor Katie Couric helped create the event -- honoring her late husband and sister, who both died from the disease. "Just because you're famous doesn't mean you're not affected," Couric told "Extra."

Couric's courage wasn't lost on her fellow A-listers. Sheryl Crow sent Katie a message via "Extra," saying, "We really thank you for putting your energy into this." Eva Longoria donned a custom shirt, honoring fellow performers who had survived cancer. "I've dedicated my shirt to my girl Sheryl Crow and Christina Applegate," the "Desperate Housewife" told "Extra."

To find out how you can "Stand Up to Cancer," click here!