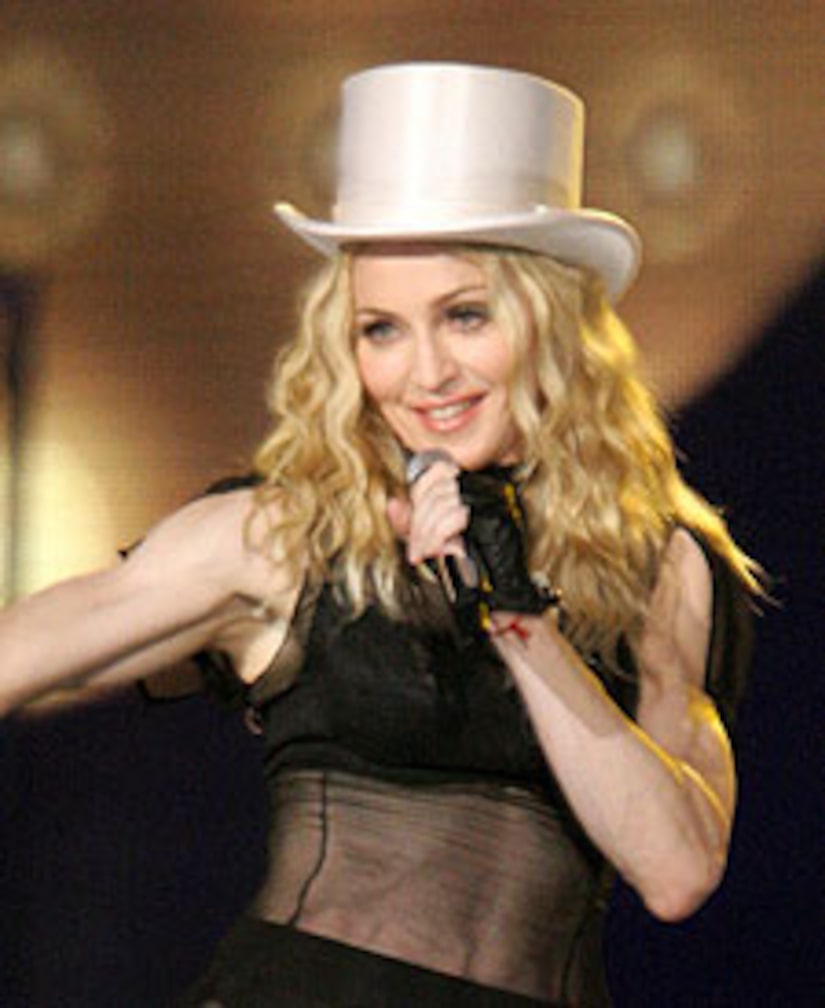 Oh my God! The Material Girl has found herself at the center of controversy once again -- this time, she's dedicated her racy songs to the Pope!

Before a Rome performance of "Like a Virgin" on her Sticky and Sweet tour, Madonna dedicated it to the Holy Father himself! "I'd like to dedicate this next song to the Pope," said Madge, "because I'm one of God's children."

The Catholic Church called Madonna's 1990 Blonde Ambition tour one of the most "satanic shows in the history of humanity." The Vatican again blasted Madge in 2006, calling an onstage mock crucifixion at a Roman concert "blasphemy."