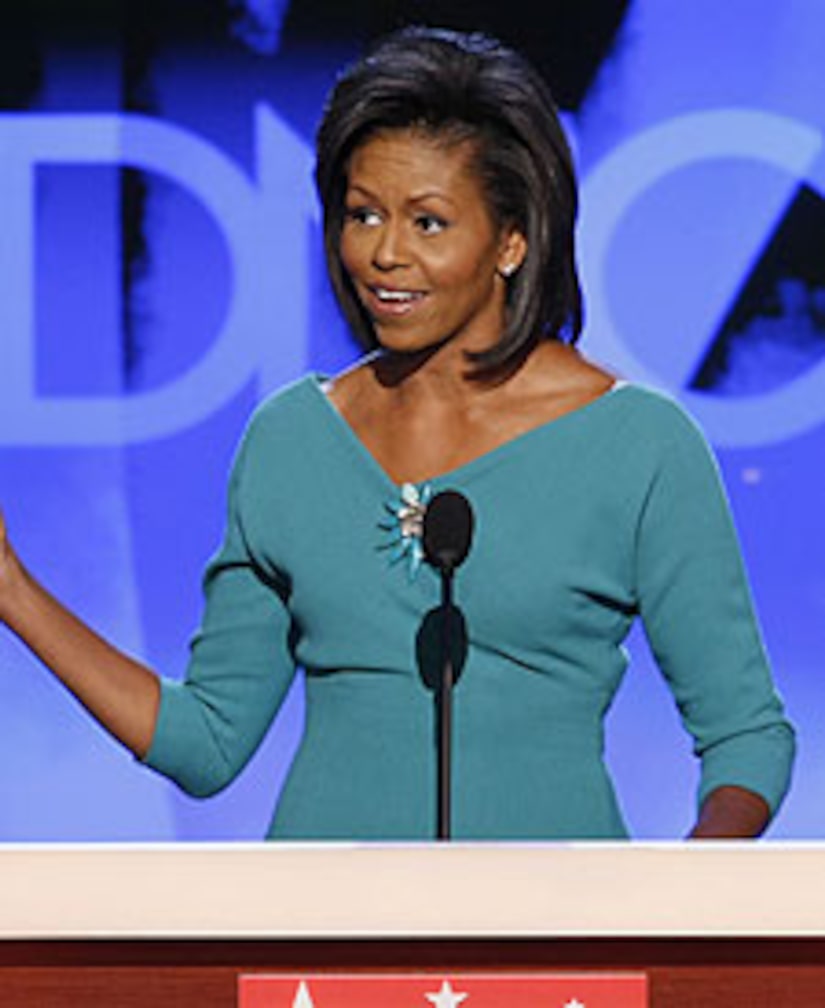 Michelle Obama won't be talking about Britstol Palin's pregnancy -- and says politicians shouldn't either. "This shouldn't be an issue for political discussion," Barack's wife told Ellen DeGeneres during a taping of Ellen's season debut show.

Earlier this week, Senator Obama said that 17-year-old Bristol's pregnancy was "off limits," a remark Ellen called "amazing." Michelle added, "I know that they care about their kids, and we should let them deal with this issue."

GOP VP pick Gov. Sarah Palin announced the baby news on Monday and said it "would make her (Bristol) grow up faster than we had ever planned." Bristol is now engaged to the baby's father, 18-year-old Levi Johnston.