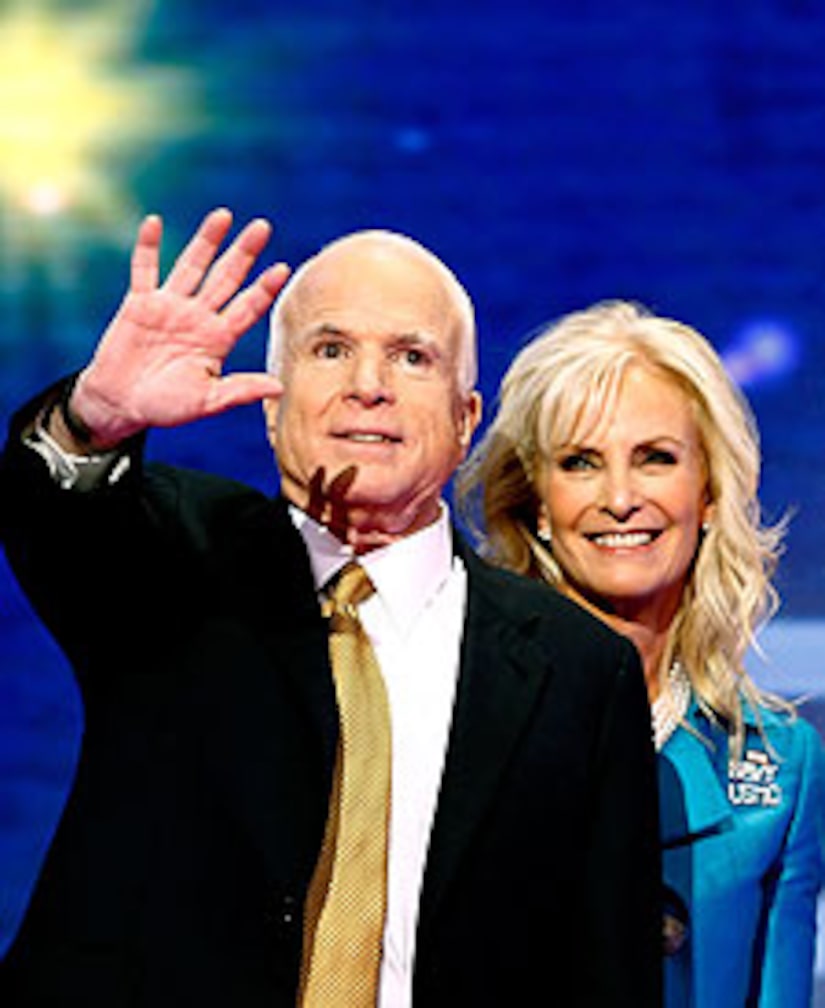 GOP presidential hopeful John McCain accepted his party's nomination, and gave a nod to rival Barack Obama at the RNC in St. Paul, Minn. last night. "Despite our differences, much more unites us than divides us," the Senator told a screaming crowd.

McCain, 72, vowed to include both Republicans and Democrats in his administration, and said, "I will reach out my hand to anyone to help me get this country moving again."

The Senator spoke of his years as a POW in Vietnam, during which he shrank to 100 pounds, revealing, "I couldn't even feed myself." That experience, he said, inspired him to run for president. Taking a jab at Obama, McCain declared, "I'm not running for president because I think I'm blessed with such personal greatness that history has anointed me to save our country in its hour of need. My country saved me... and I cannot forget it. And I will fight for her for as long as I draw breath, so help me God."

Wife Cindy, 55, spoke earlier, saying, "You can trust his hand at the wheel. But you know what -- I've always thought it's a good idea to have a woman's hand on the wheel, as well. So how about Gov. Sarah Palin?!"