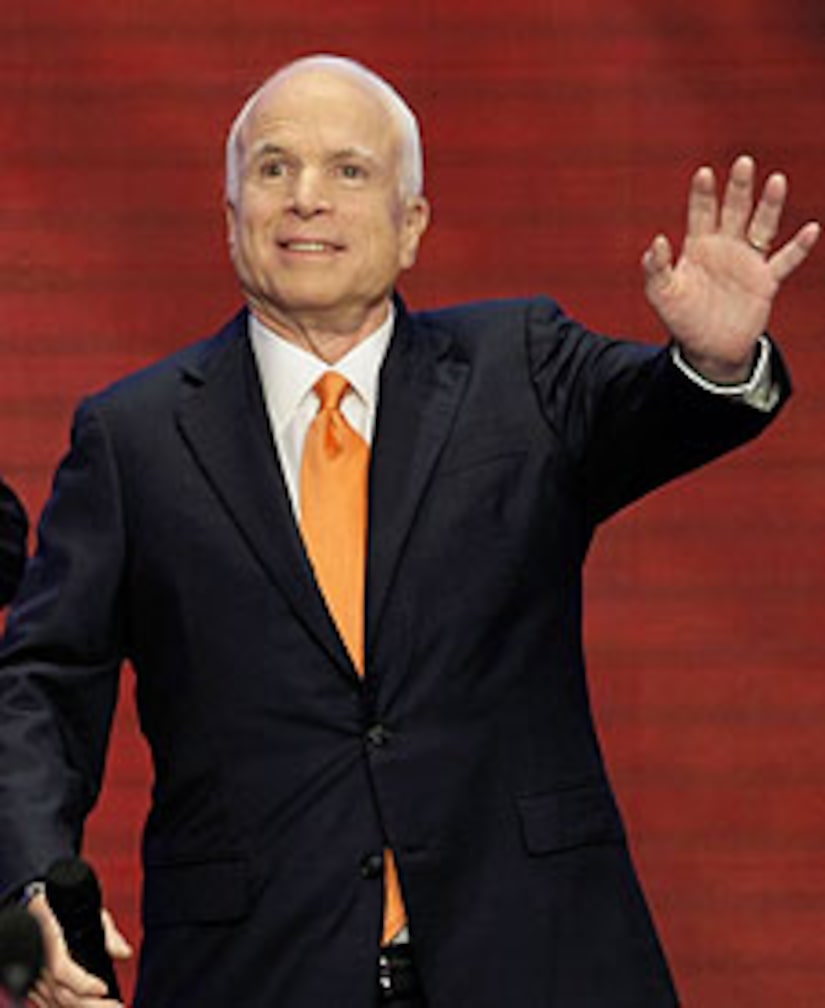 Tonight the Republicans will make it official -- McCain is their man!

"Extra" has uncovered a few little-known facts about the GOP prez hopeful. While Paris Hilton dubbed him "white-haired dude" in her spoof video, McCain long ago earned the nickname White Tornado for his prematurely white locks. After graduating from the Naval Academy, McCain dated a stripper known as "Marie the Flame of Florida!"

Meanwhile, John's running mate Sarah Palin took the national stage and slammed the media's focus on her unwed, pregnant teen daughter. As for rumors Bristol and Levi secretly tied the knot? They're not true -- but "Extra" did spot a small "Bristol" tattoo on the hockey jock's ring finger. Now word of a Palin affair is making the rounds.

Time magazine's Mark Halpern suggests that despite the scandalous headlines, the GOP may actually be benefiting from the pregnancy controversy. The Republican Party raked in over $10 million in the past few days.