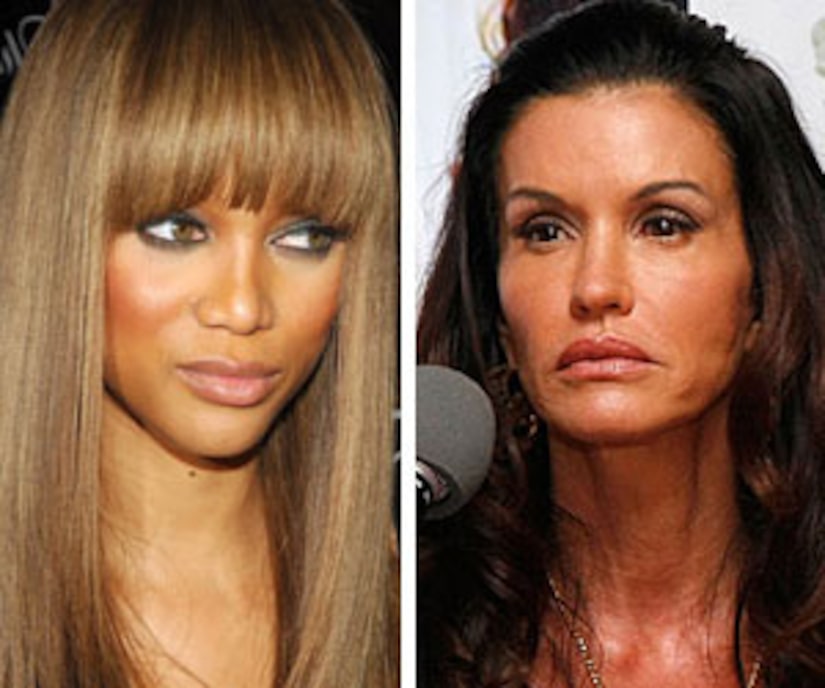 War of the supermodels! Rumor has it that talk host and "America's Next Top Model" queen Tyra Banks is going claws-out against her friend turned bitter rival, Janice Dickinson!

Tyra played coy when asked about talk that she and Dickinson were feuding, saying, "You have to watch the 'Tyra Show' to find out." The runway diva is sounding off on reports that she "stole" Janice's idea to feature a transgender model on "ANTM" -- as Janice did on "Janice Dickinson's Modeling Agency."

"The reason why we have a transgender, actually, is we discovered her!" Tyra exclaimed, saying they approached model Isis Tsunami after she out-posed other models last season. "She was actually posing better than our top model girls were, and I was like, 'Find this girl,'" said Tyra. "So they found that girl, and we found out that she was not born a girl."

Will Janice and Tyra throw down? Find out when "The Tyra Banks Show" premieres next week!