"Extra" is going one-on-one with the Hollywood A-listers behind the star-studded "Stand Up to Cancer" event -- and they're breaking news about the telethon, which airs this Friday. The "Stand Up to Cancer's" leadership team includes Laura Ziskin, Lisa Paulsen, Kathleen Lobb, Sue Schwartz, Noreen Fraser, Ellen Ziffren, Sherry Lansing, Rusty Roberston, and Katie Couric. 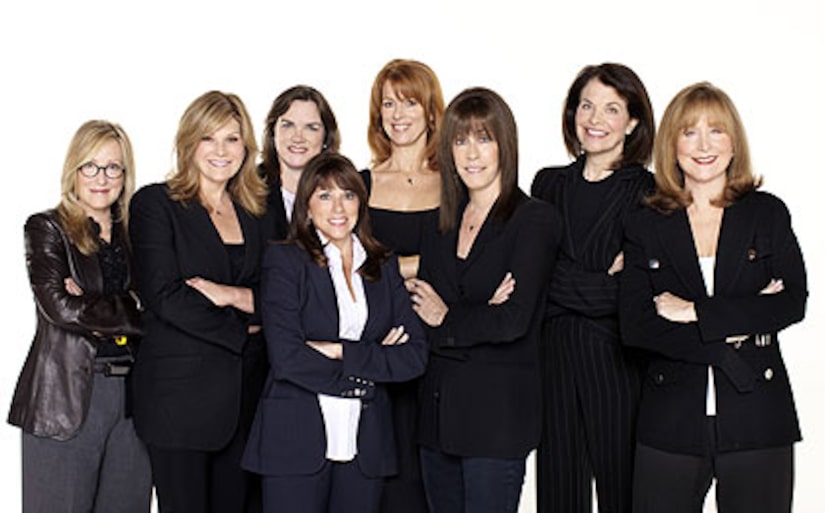 Former Paramount CEO Sherry Lansing touched on the brave cancer survivors who are using their stories and star power to raise money to fund a worldwide scientific dream team to study the disease, including Christina Applegate, Melissa Etheridge and Sheryl Crow. "When a public personality comes forward, it gives hope to everybody else and it no longer makes it a secret," said Lansing.

Lisa Paulsen, President of the Entertainment Industry Foundation says she was not surprised at how many superstars wanted to participate, "Almost everyone we went to had some kind of cancer in their family. They all said yes immediately."

Tomorrow, "Extra" talks with CBS anchor Katie Couric about her participation in "Stand Up to Cancer" -- and why the cause is so close to her heart.

Click here to listen to "Just Stand Up," the song being used for the cause!