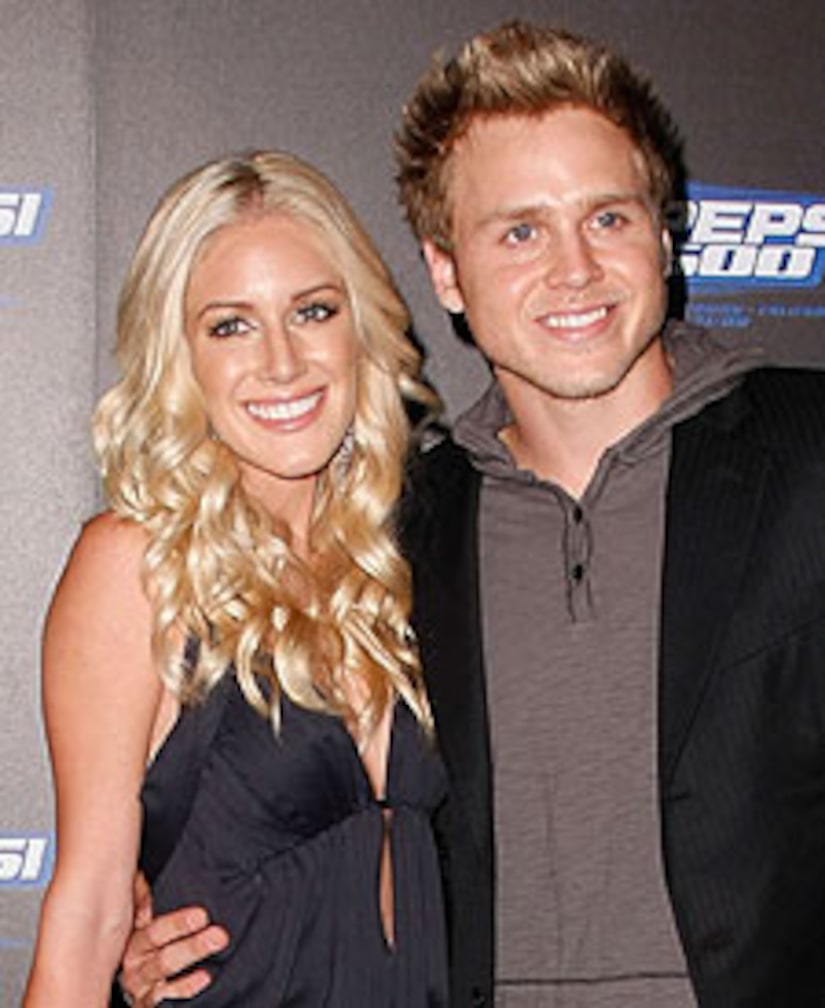 Speidi has made it clear from the beginning that their political support is behind GOP hopeful John McCain -- but the reality duo isn't too happy with his VP choice!

"He picked a girl and it wasn't Heidi," Spencer told "Extra" lightheartedly. "Not picking Heidi for the vice president. It's just cold." The blonde "Hills" starlet added, "I can't believe it. I'm really hurt... blondes have more fun. I guess he doesn't know that."

"Extra" caught up with the TV personalities at the NASCAR Pepsi 500 -- and learned that while Heidi isn't headed to the White House, she may be headed for the race track. "It's Heidi's dream to be a cheerleader," said Spencer. "She can be a cheerleader for my race car. I'll name it Speidimobile."