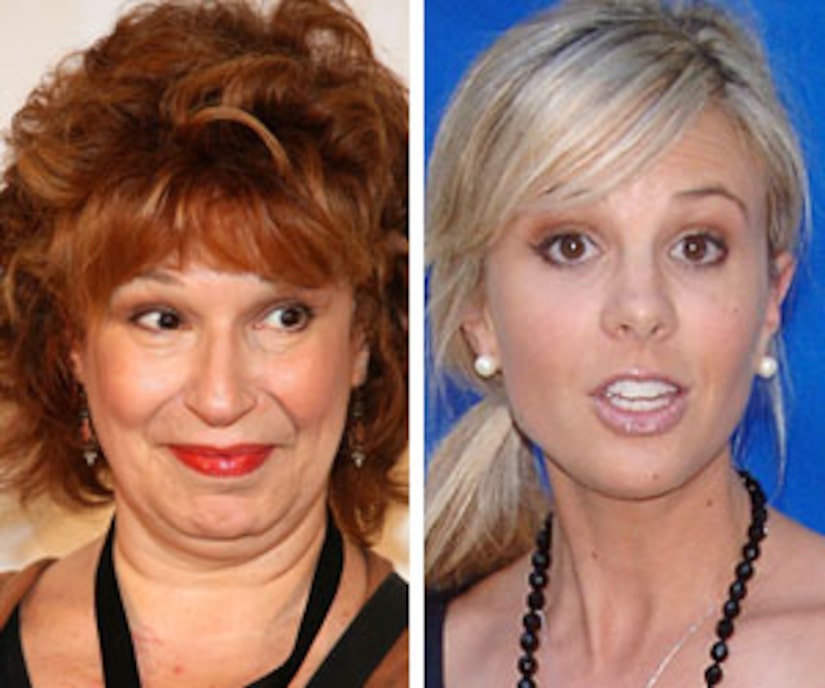 They're at it again! Those warrin' gals of "The View" spent no time resuming their 2008 campaign catfight after a month-long hiatus -- and news of the teen pregnancy shocker Palin dropped yesterday. Claws out!

Roundtable Republican Elisabeth Hasselbeck staunchly defended Palin's privacy, agreeing with Obama by saying, "I think Bristol Palin is off-limits in terms of political discussion." The former "Survivor" added, "I think that a lot of people are looking down on that she's going to have this child. She's giving this, this child a chance at life." Co-host Joy Behar then heatedly pounced on Elisabeth, countering, "No one's looking down on her." The argument continued as Hasselbeck said, "No, no, there are, there are left wing liberal blogs --" to which Joy interjected, "Not at this table, okay?" Elisabeth did not cry.

Talk show queen -- and Democrat -- Barbara Walters had her own take on news of Palin's 17-year-old daughter's pregnancy, saying, "I don't think it helps or hurts that she's pregnant, but there are a great many questions that get raised and this is all the better for us."