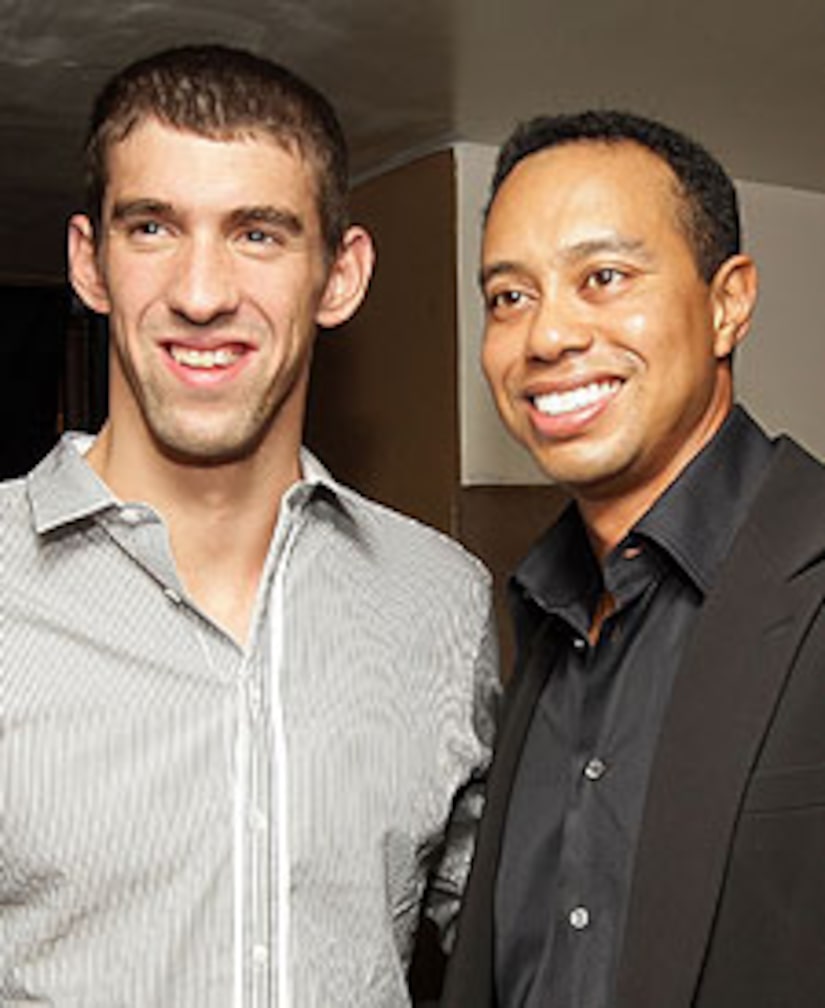 "Extra" is teeing off with Tiger Woods at his PGA Tour '09 Game Release Party -- and the golf great says he's doing better after undergoing arthroscopic surgery on his left knee earlier this year.

"My leg is getting better," Woods told "Extra." The putting legend won the U.S. Open this year after playing on his knee -- which was injured at the time.

Golden boy Michael Phelps also attended the event -- and he found a fan in Woods! "Michael Phelps is probably better in the pool than I am," said Tiger, who confessed that he watched the 2008 Beijing Olympic Games "as much as I could."