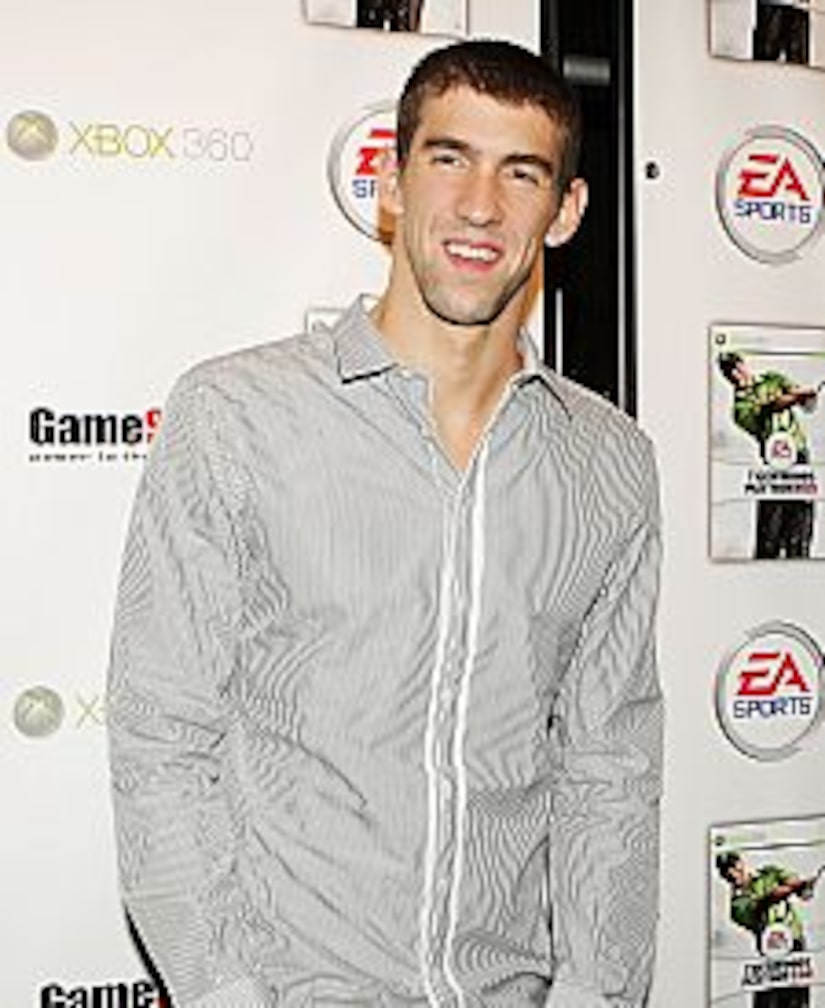 Swimmer Michael Phelps made history in this year's summer Olympic Games, nabbing a record eight medals -- and major TV networks are banking that Phelps fever will continue long after Beijing!

The Speedo-clad hunk has been tapped as a presenter at the MTV Video Music Awards -- joining A-listers Miley Cyrus, Lindsay Lohan and the stars of "HSM 3" and "Twilight," reports AP.

Phelps is also trading his goggles for a script - he'll also host the season premiere of "Saturday Night Live" on September 13.