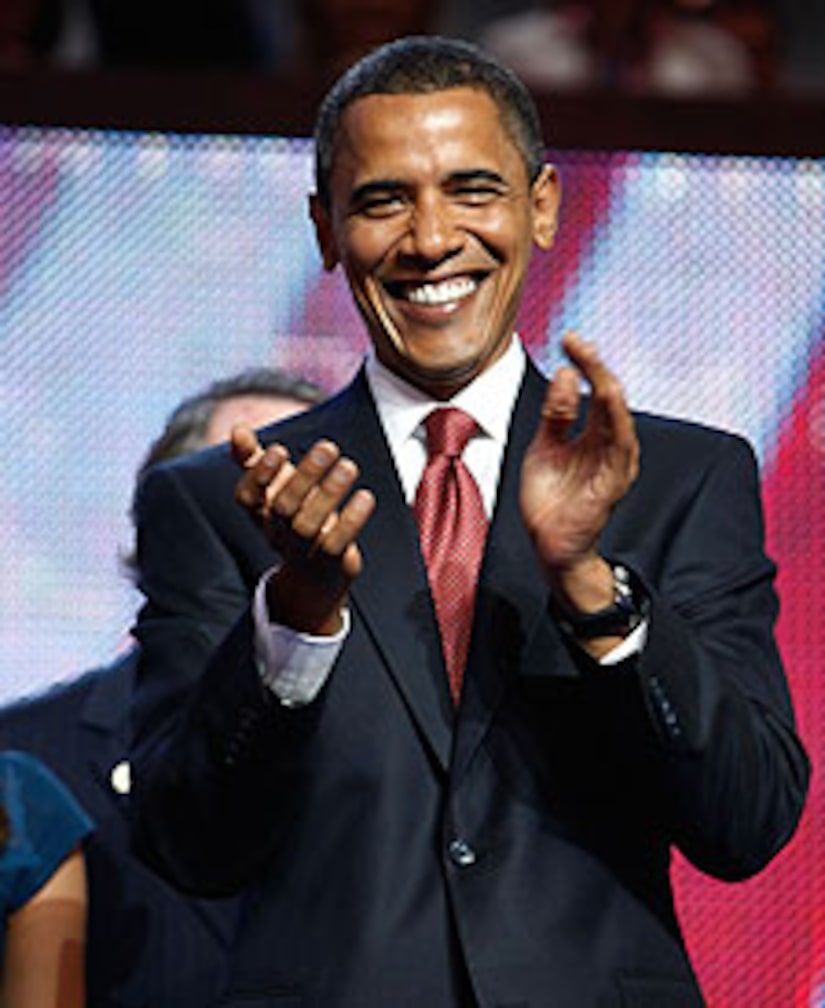 What could Barack Obama possibly have in connection with Britney Spears? The same set designers! Barack's controversial Greek-style temple -- built in honor of his nomination -- was reportedly constructed by Britney Spears' set designers.

The set is being attacked by Republicans as "over-the-top," but Obama's camp refutes the claims -- insisting the grand stage was designed to match what they believe will be Barack's new address -- the White House.

The Illinois senator makes history as the first African-American to accept a major party's nomination for President -- and gives political junkies and stars what they've been waiting for.

Jennifer Lopez talked politics with "Extra" in Denver, saying, "You have to vote -- you have to go out there." Fellow actress Jessica Alba emphasized the importance of casting your ballot, saying that since becoming a mom to Honor Marie, "everything seems a little more important."

Despite concerns that Obama's all-star backing may hurt his chances, singer Melissa Etheridge defended celebrities voicing their political views, stating, "Politics is of the people -- I am a person."