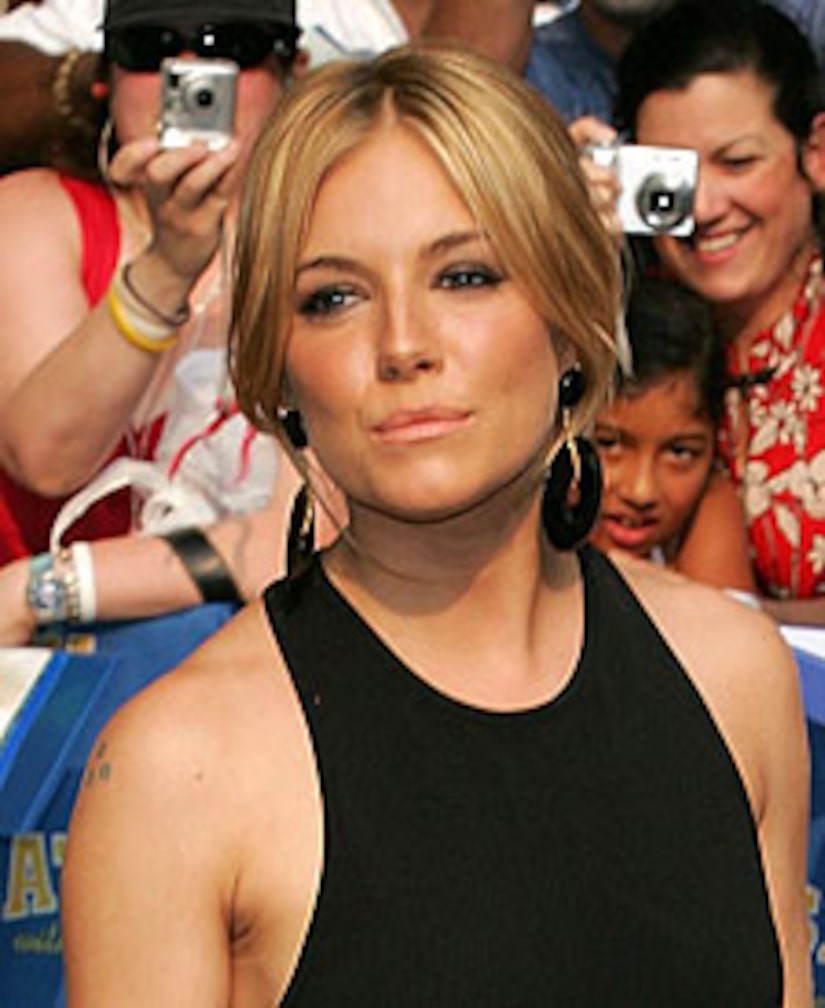 She's been slammed and branded a homewrecker for allegedly breaking up the marriage of Balthazar Getty -- and she's known for intriguing relationships with several other Hollywood men -- now someone has spray painted Sienna's home with an unfortunate appellation.

The "Factory Girl's" London flat was vandalized by an overzealous critic who expressed his or her opinion of Miller by spraying "slut" graffiti on the wall.

Miller's mom recently blasted the media for accusing her starlet daughter of busting up the relationships of Getty, P. Diddy and Sean Penn.