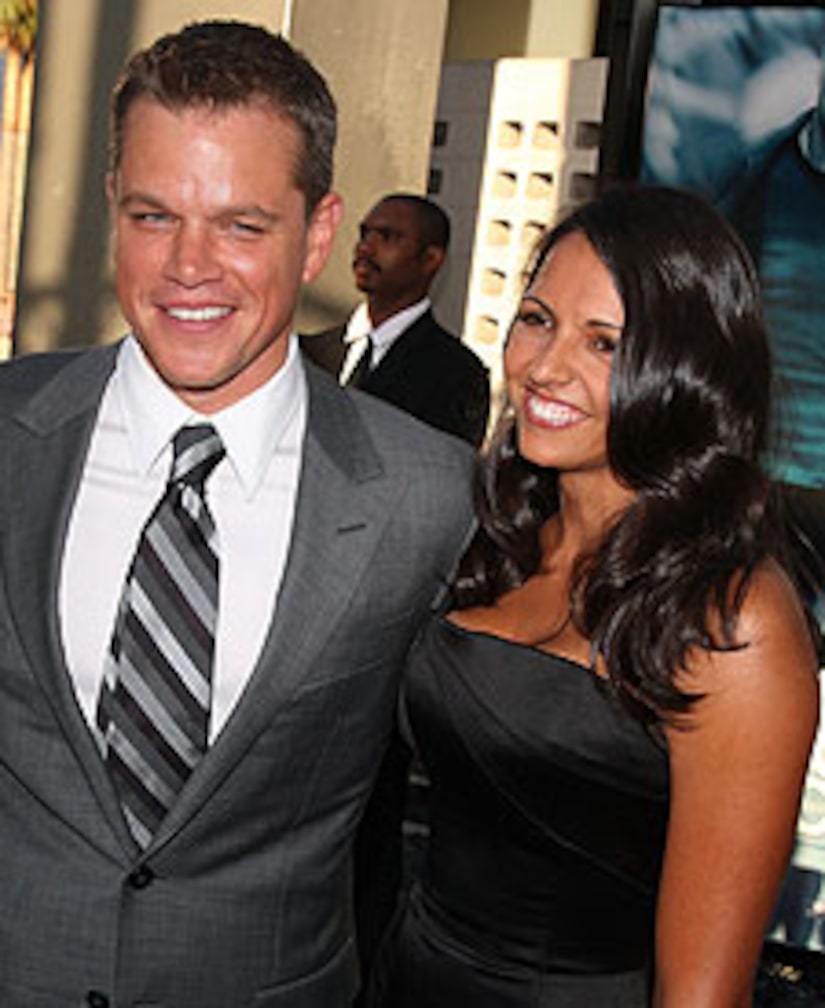 "Matt and Lucy Damon had a baby girl named Gia Zavala on Wednesday, August 20th," a rep for the A-lister tells People magazine. "Everyone's doing great -- she is a healthy baby girl."

The "Bourne Identity" star, 37, and his wife married in December 2005 after dating for two years. They have two other daughters --Isabella, 2, and Alexia, 10.