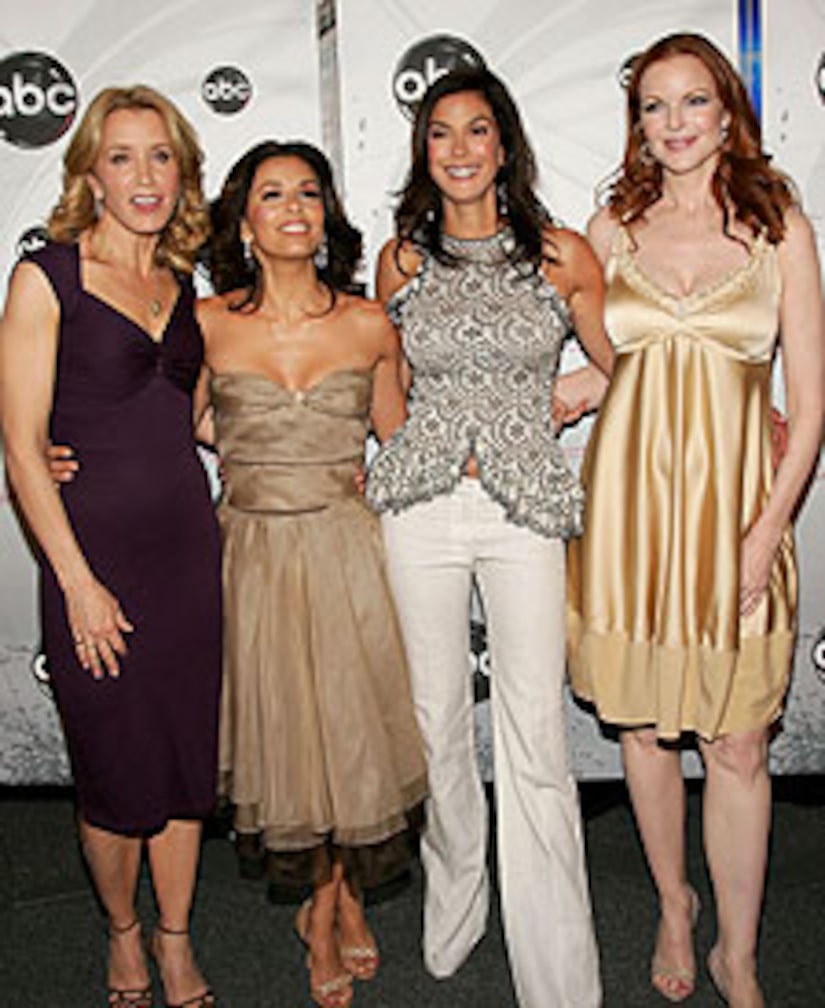 The madcap ladies of Wisteria Lane are coming to L.A. -- Marcia Cross, Dana Delany, Teri Hatcher, Felicity Huffman and Eva Longoria Parker have been confirmed as presenters for the 2008 Primetime Emmys!

"It's always fun to come up with unique pairings, cast reunions and surprising personalities as presenters on the Emmy show, and this year we've got a number of those, beginning with our first presenter announcement today," said Executive Producer Ken Ehrlich. "And the good news is, we've got plenty more to come," he added.

The "Desperate Housewives" will be joined by Emmy nominees Hugh Laurie of "House," and "The New Adventures of Old Christine" star Julia Louis-Dreyfus. "SNL" funnywomen Tina Fey and Amy Poehler are also scheduled to hand out statuettes when the show airs September 21 on ABC.