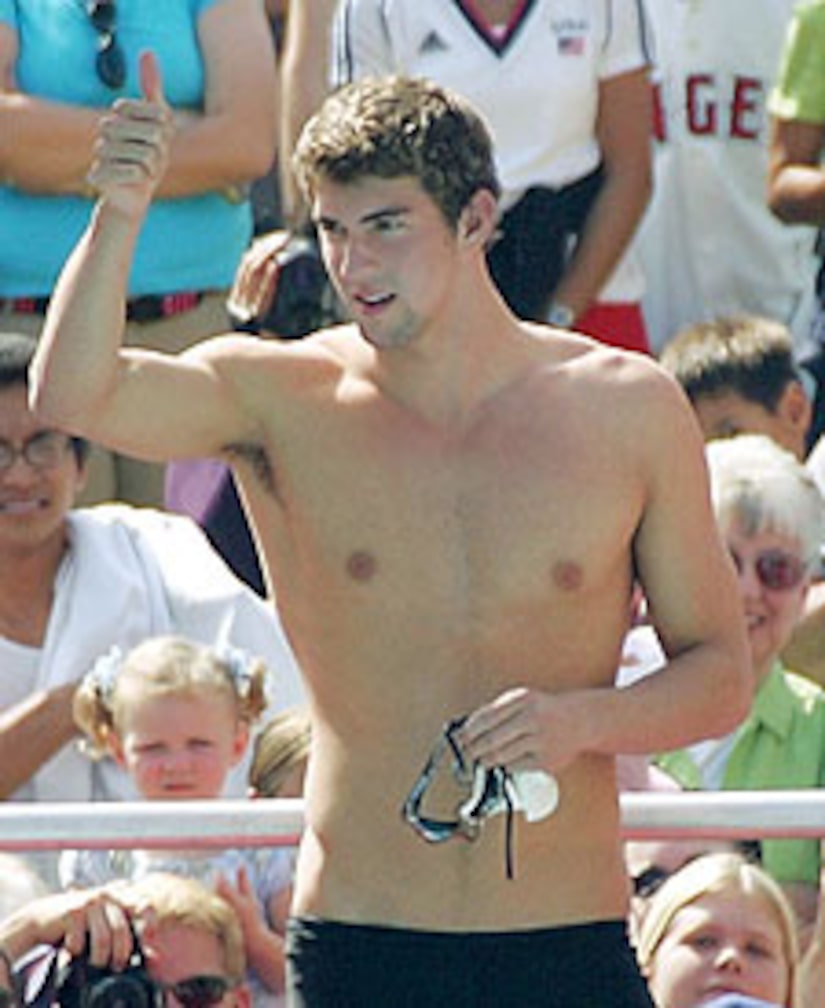 Debbie Phelps is the proud mother of 14-time Olympian gold medalist Michael Phelps -- and just back from Beijing, she's sitting down with "Extra," opening up about the Speedo-clad hunk's relationship with his estranged father -- and Olympic romance rumors making waves in the US!

According to Debbie, who was just named "Johnson's Baby Mom of the Olympics," the Olympian's pop hasn't spoken to Michael in weeks. "Everyone makes choices, and that was the choice that was made at this point," she said. "Someday the meeting of minds will occur, and there'll be a nice discussion."

Amanda Beard recently dissed the golden boy on 93.7 KRQ radio, slamming romance rumors by saying, "I have never in my life hooked up with Michael Phelps -- ew, no." Debbie confirmed the denial by saying, "Amanda and Michael were teammates and that's as far as the relationship went -- no relationship there."

So Phelps isn't dating Amanda -- but what does he look for in a lady? "I think Michael's real girl is one that is very level-headed, down-to-earth, very humble -- and, of course, has to be beautiful," dishes Debbie.