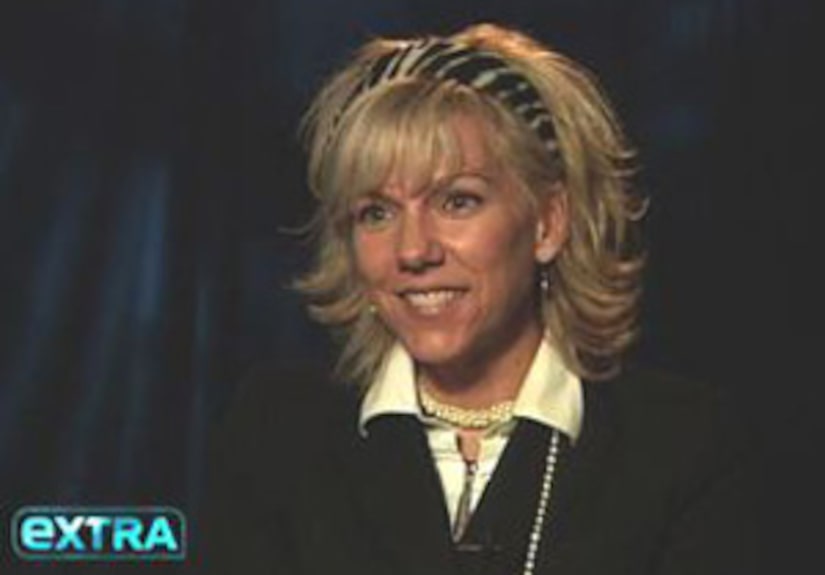 The National Enquirer has released the first picture of five-month-old Frances Quinn, rumored to be the love child of former senator John Edwards and mistress Rielle Hunter. "Extra" is going inside the magazine's bombshell claims -- from the $5K-a-month Virgin Islands home John allegedly paid for so Rielle could hide there -- to the supposed sexual encounter the night the two first met.

"I'm pretty courageous by nature," Rielle told "Extra" of her first encounter with Edwards in a NY bar in 2006, when she approached the Senator about filming a documentary about him. "The public persona was so different than the man sitting in front of me," said Hunter.

The Enquirer claims the two slept together that first night -- and their relationship intensified on a five-day African trip. Then there's the mag's claim that John begged Rielle not to abort her baby. "We've had the facts all along," says the Enquirer's Dorothy Cascerceri. "The Enquirer is sticking by its story that John Edwards does in fact have a love child."