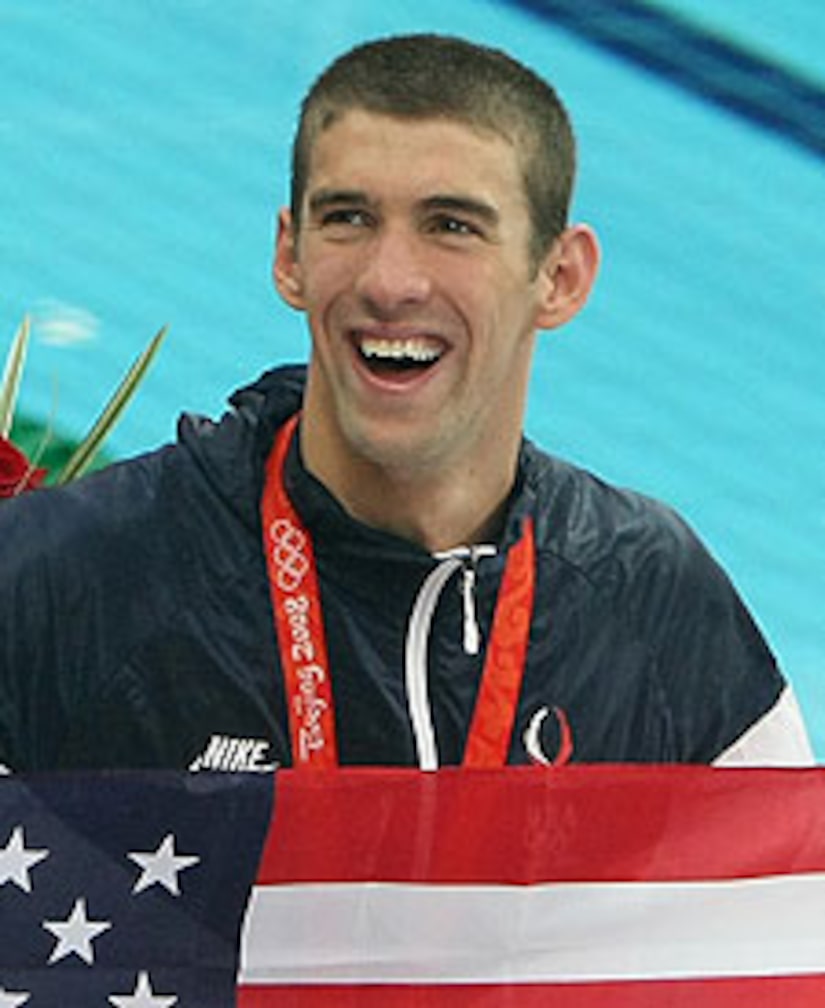 Olympic golden boy Michael Phelps is going one-on-one with "Extra" via satellite from China -- and the sexy swimmer is setting the record straight on dating rumors!

"No, I'm not dating Amanda Beard," says Michael, when asked about buzz he's dating his fellow Olympic swimmer. "I'll say that. I think she has a boyfriend."

Is the Speedo-clad hunk on the market? "Part of my life is kept to myself," Phelps responds. "I'm able to relax and be with my friends. Those pretty much are the only people who really know the answer to that question."

Keeping mum on his private life hasn't stopped bevies of beauties from going gaga over Phelps -- including country cutie Carrie Underwood! "That's the first I've heard of that," Michael says of news that the "Idol" alum has a crush on him. "That's pretty cool."

The Baltimore native -- whose mother Debbie was just named "Johnson's Baby Mom of the Olympics" -- is poised to rake in $40 to $100 million in endorsements -- but it's not money or girls that keep Phelps in the water. "I love what I do," Michael reveals. "The one thing I'm really looking forward to doing is raising the bar in the sport of swimming and promoting it."