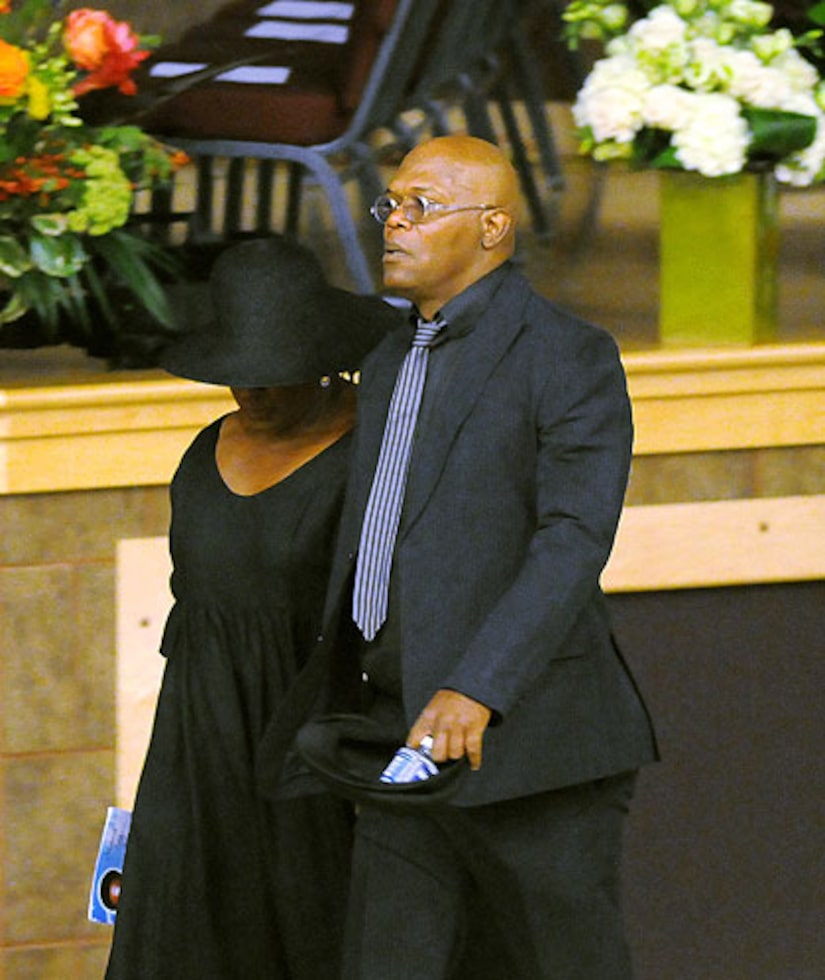 Friends and colleagues have gathered together in Chicago today to pay their respects to Bernie Mac, who died August 9 of complications due to pneumonia.

AP reports that actor Samuel L. Jackson is among the group who will speak at Mac's memorial service at the House of Hope Church on the south side of the Windy City. Bernie's fellow comedians -- and co-stars from "The Original Kings of Comedy" -- Steve Harvey, D.L. Hughley and Cedric the Entertainer are also said to be sharing words at the funeral.

Mac was 50 when he died. He is survived by his wife Rhonda and daughter Je'Niece.