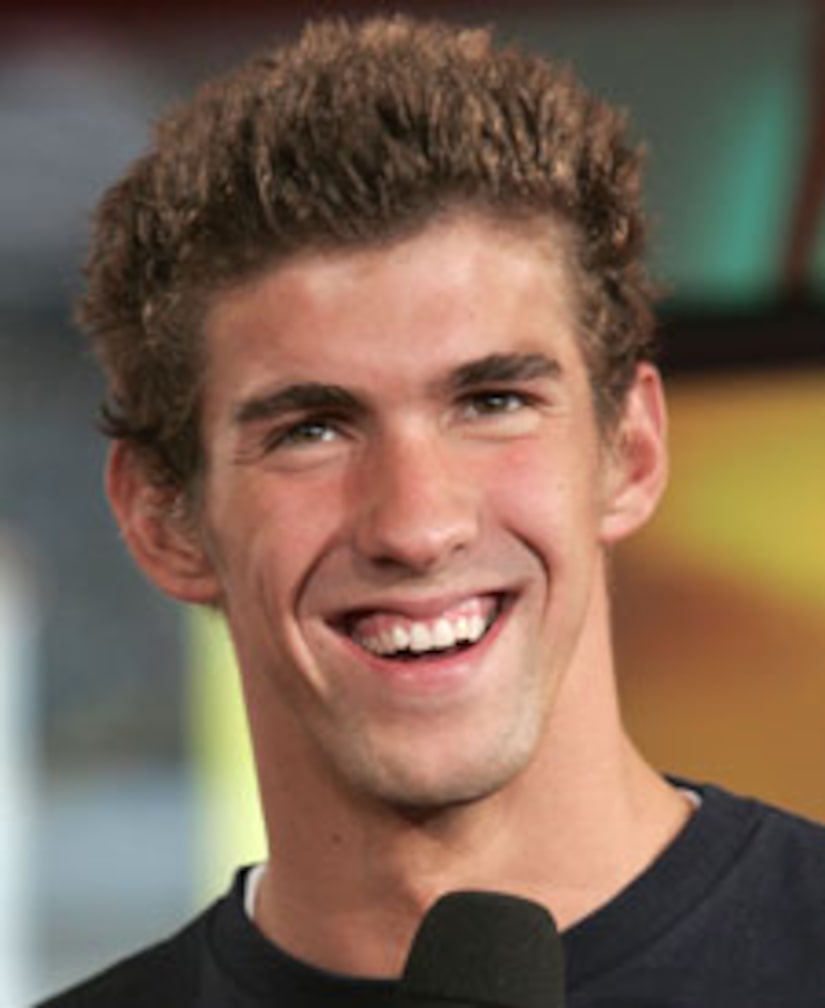 He's got five Beijing golds under his belt, three races to go, and he's breaking world records to boot -- it's safe to say sexy swimmer Michael Phelps is rewriting sports history. Phelps now holds more Olympic gold medals than anyone else in history.

The "Baltimore Bullet" is only 22, but he's caught the attention of plenty of ladies -- including country crooner Carrie Underwood, who, according to radio chatter, has a crush on the Olympic swimmer. Rumor has it that Michael is dating a California beauty queen named Nicole Johnson. The swimmer is also raking in the dough from endorsements -- earning Phelps an estimated $5 million a year!

It's not the money and girls that keep this Olympian's body in the water -- it's simply the love of the sport. "My biggest overall goal is to change the sport of swimming -- both in and out of the pool," said Michael, adding, "And if I can do that then I'm successful no matter how many gold medals I win."