The former lover of Rielle Hunter, author Jay McInerney, has come forward -- and hints Edwards was in fact in love with Rielle. 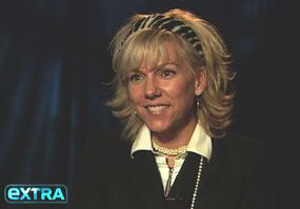 "I think it was unchivalrous of him to basically say that he wasn't in love with her," said McInerney, who dated Hunter in 1987. Explaining he thought Edwards' admission that he cheated on wife Elizabeth "seemed like a very half-assed confession," Jay added, "I think he has some more explaining to do."

When McInerney met Hunter, he knew her under a different name -- Lisa Druck. She would later become the inspiration for his novel. "I saw them [Hunter and her friends] as a tribe that I wanted to study," he explained. "And I ended up writing this book, 'A Story of My Life,' which is about a group of girls, five or six friends, coming to New York and conquering or failing to conquer the city."

As for Hunter, McInerney said, "I think she's a wonderful girl and she has a good heart and she's a good person... I still wish her well."