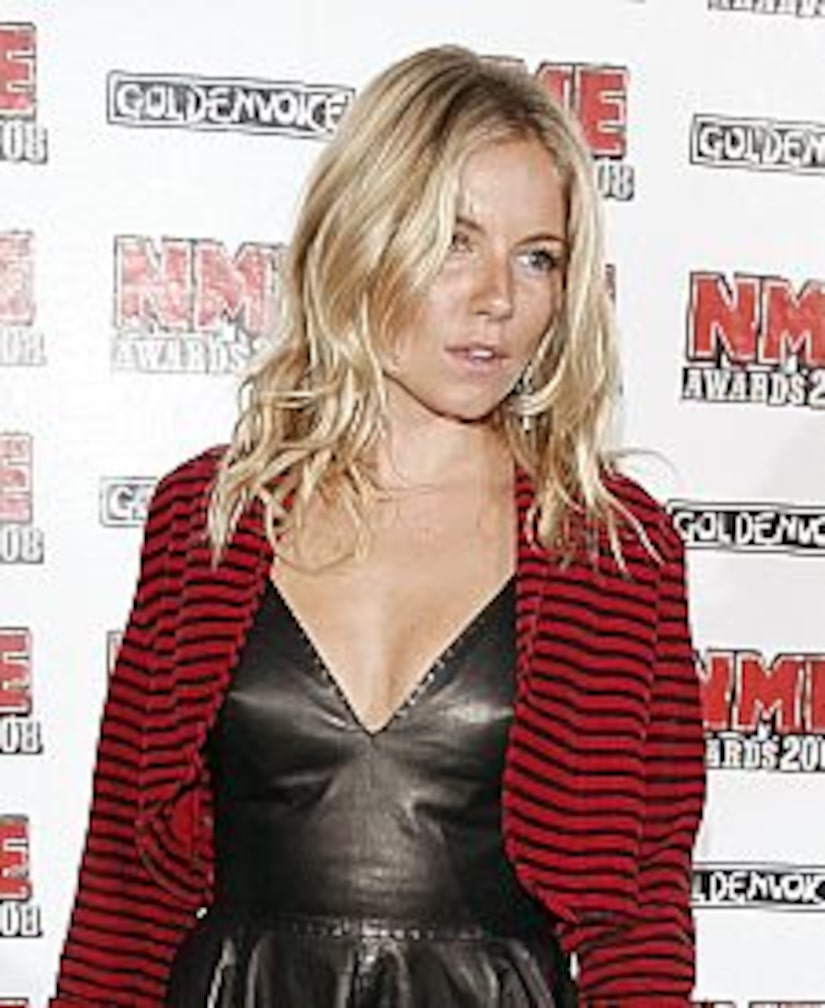 Actress Sienna Miller has been labeled a homewrecker since pix of the topless beauty kissing married actor Balthazar Getty hit the net-- now friends of the "Factory Girl" are defending her sullied reputation!

"She and Balthazar met through friends and he was already separated from his wife," a Miller friend told the NY Post, adding that when the "Brothers and Sisters" star announced his breakup from wife Rosetta, "he'd been sleeping on friends' couches for six months."

If the Gettys weren't split at the time, it appears that they are now. "Extra" recently spotted Rosetta out and about in L.A. -- sans wedding ring.