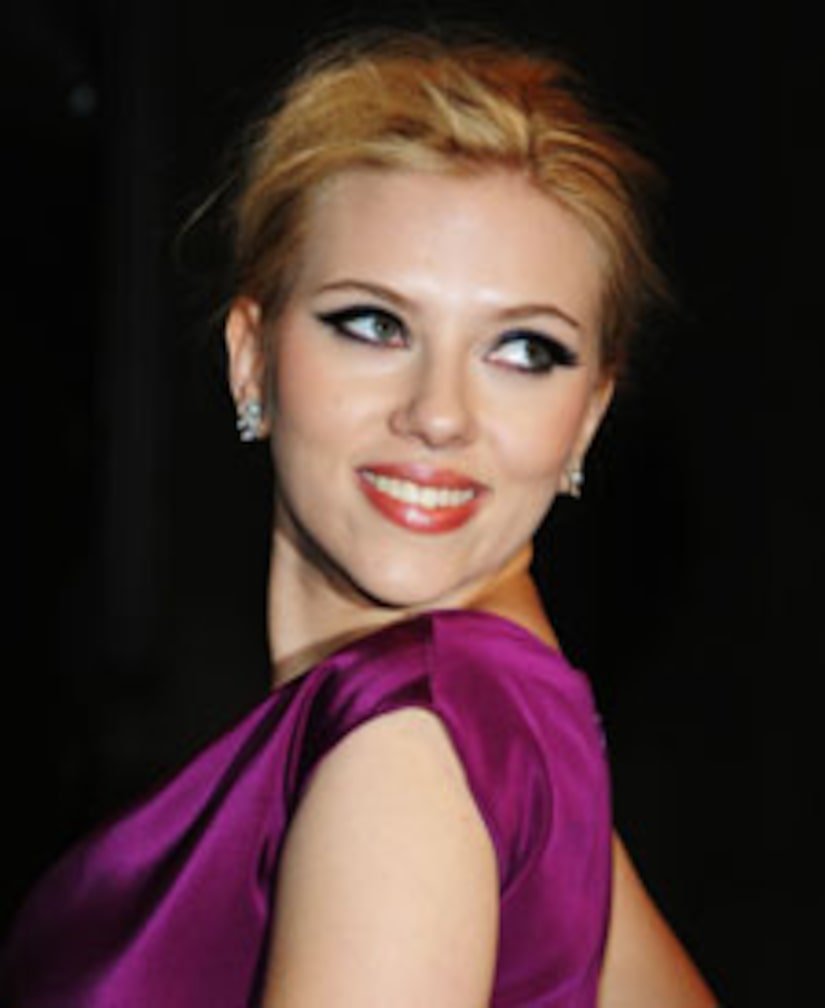 While promoting her new film, "Vicky Cristina Barcelona," Scarlett Johansson is talking about
Barack Obama, blaming "extreme sexism" for the media frenzy surrounding by reports that she and Obama had personal e-mail exchanges, reports Us Weekly.

George Clooney, or any of the other [Obama] surrogates or supporters... there wouldn't be a question about it," the actress tells AP. "Nobody would even talk about it." Good point.

The 23-year-old starlet recently set the record straight, telling "Extra," "I never said we were pen pals. I was merely trying to communicate how excited I was that Obama has such a hands-on approach with his supporters... which was unfortunately exploited in a silly media frenzy."