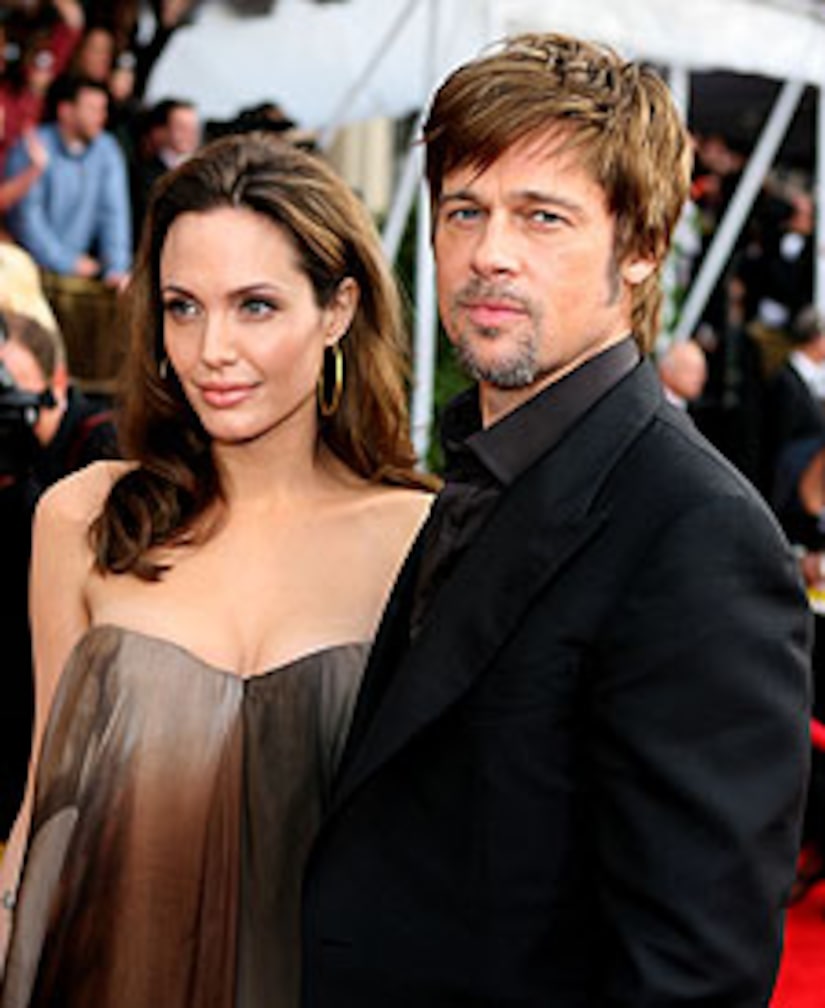 It's only been a few weeks since twins Knox and Vivienne were born -- but Brad Pitt and Angelina Jolie are reportedly thinking about adding more kids to their international brood!

According to online reports, the parents of six are interested in adding more tykes, after Angelina was reportedly so overcome with emotion by a video of orphans from the recent China earthquake. The "Wanted" star and her man are said to want another one or two kids.