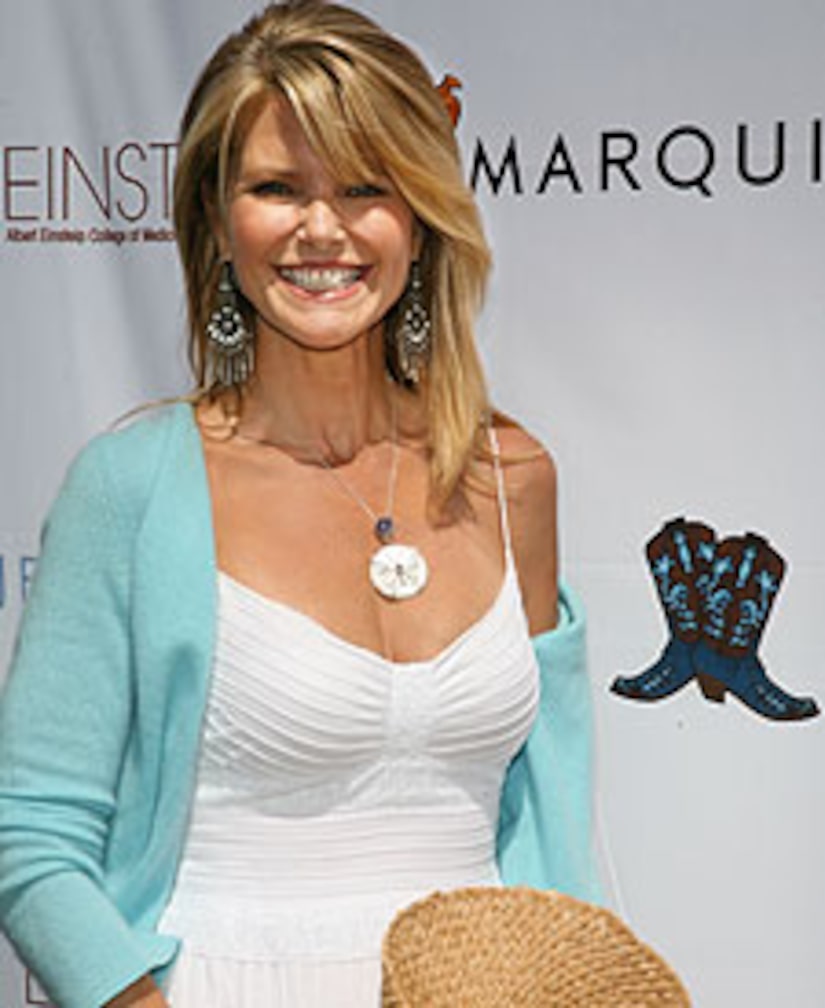 Christie Brinkley went country for the Annual Family Day Wild Wild West Carnival fundraiser in the Hamptons, her first big event there since her divorce became final, but Brinkley was not ready to dish about a new love her in life, saying, "I'm gonna pass on that."