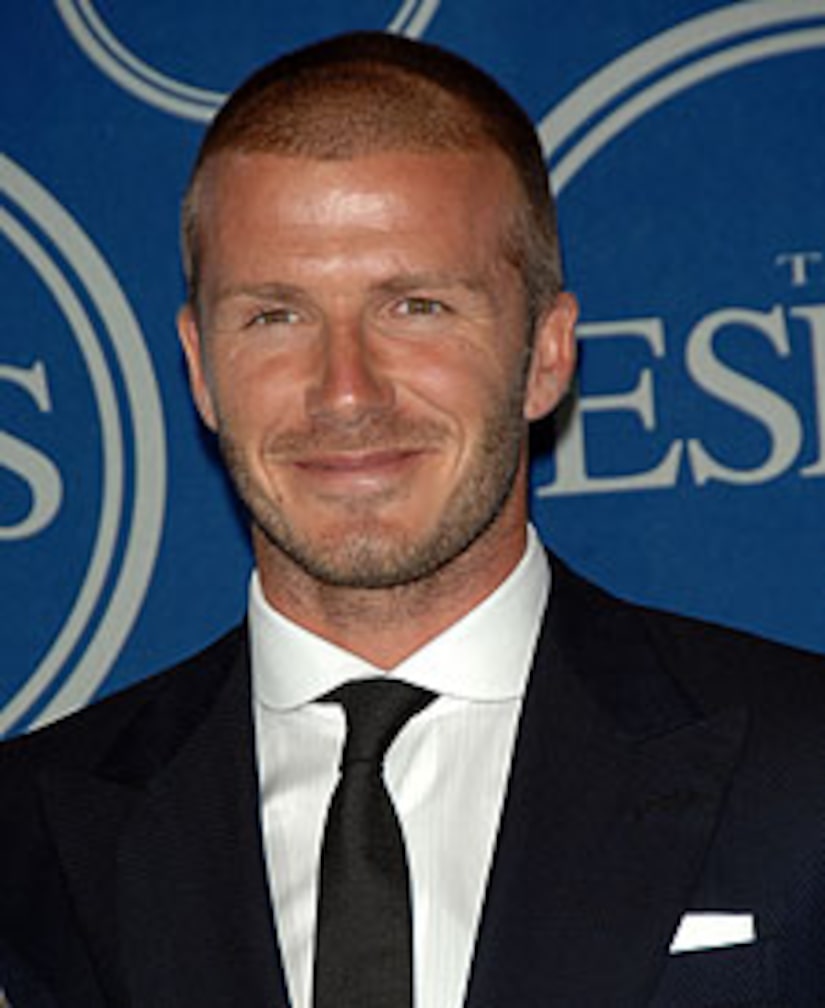 David Beckham revealed his muscular body for a Men's Health photo shoot -- and "Extra" got a behind-the-scenes peek at the soccer hunk's steamy pix.

"I am a sportsman and I believe in healthy eating and a healthy lifestyle," said Beckham. "It was great for me to be a part of that." The L.A. Galaxy star admitted that his buff bod was the result of hard work. "I look after myself -- I watch what I eat, and I watch what I drink."

The father of three also opened up about his favorite way to unwind -- spending time with his sons and "Posh" wife. "I'd rather spend four hours with them than four hours on the golf course."