After the devastating January death of ex-fiancé Heath Ledger, actress Michelle Williams struggled to keep things together for herself and the couple's tot, Matilda. Now, according to various reports, the Oscar nominee has found happiness again with director Spike Jonze. 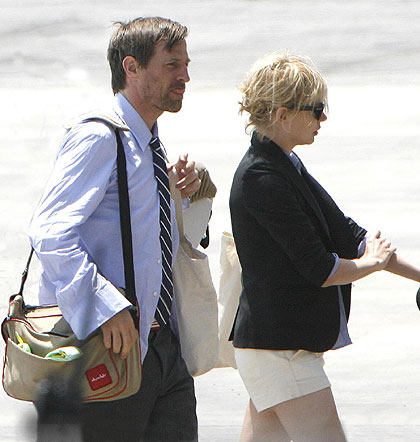 The pair -- who recently worked together on the flick "Synecdoche" -- have reportedly been spotted in recent weeks near the filmmaker's Big Apple home. Williams and Jonze met when Michelle auditioned for "Where the Wild Things Are," the long delayed Maurice Sendak classic which Spike directed.

Since her September 2007 split with Ledger, Williams hasn't been linked to anyone. Jonze was previously married to fellow filmmaker Sofia Coppola -- they called it quits in 2003.