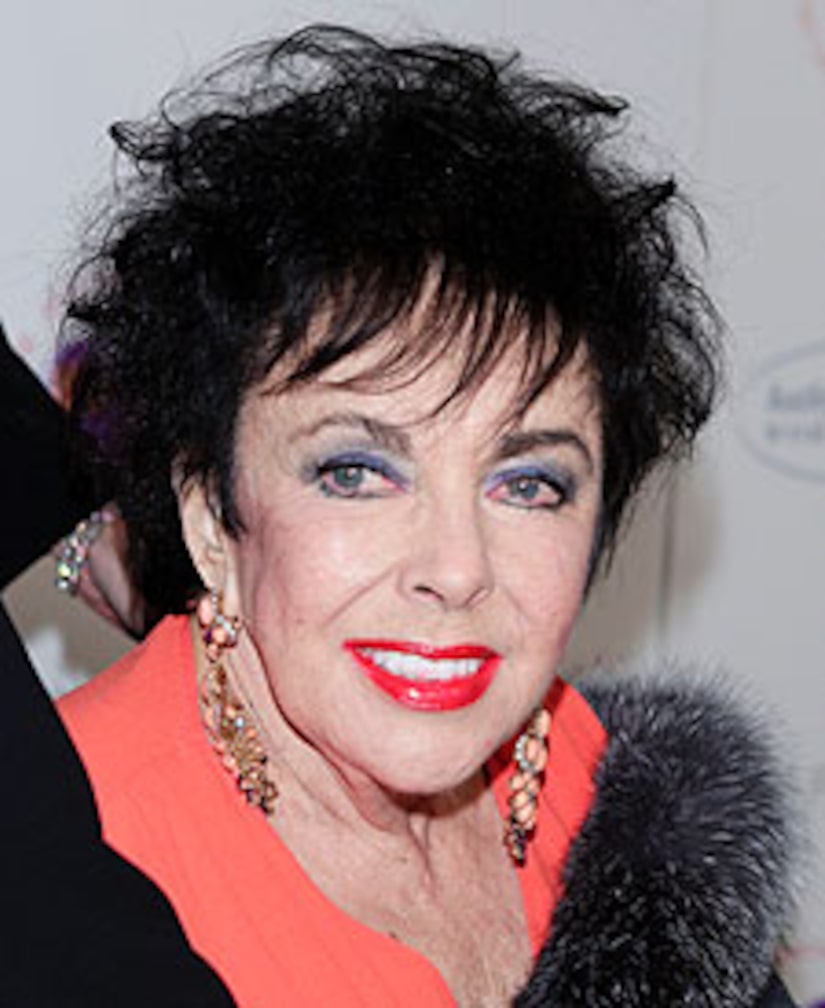 UPDATE: Reps for Elizabeth Taylor have issued a statement to AP regarding the iconic actress' health, saying: "Ms. Taylor is fine. Her hospital visit was precautionary. She will be returning home shortly. At present, she is surrounded by family, friends and fabulous jewels."

Hollywood legend Elizabeth Taylor has cheated death several times -- including a tracheotomy in 1960, and the removal of a benign brain tumor in 1997 -- and now she'll survive Internet rumors saying that doctors have the 76-year-old legend on a machine to keep her alive.

Net rumor has it that the Oscar-winning philanthropist is on life support right now, but the National Enquirer -- which reports that the actress did suffer heart failure and was on life support -- is clearing up the reports, stating that Liz has since been released from the hospital.