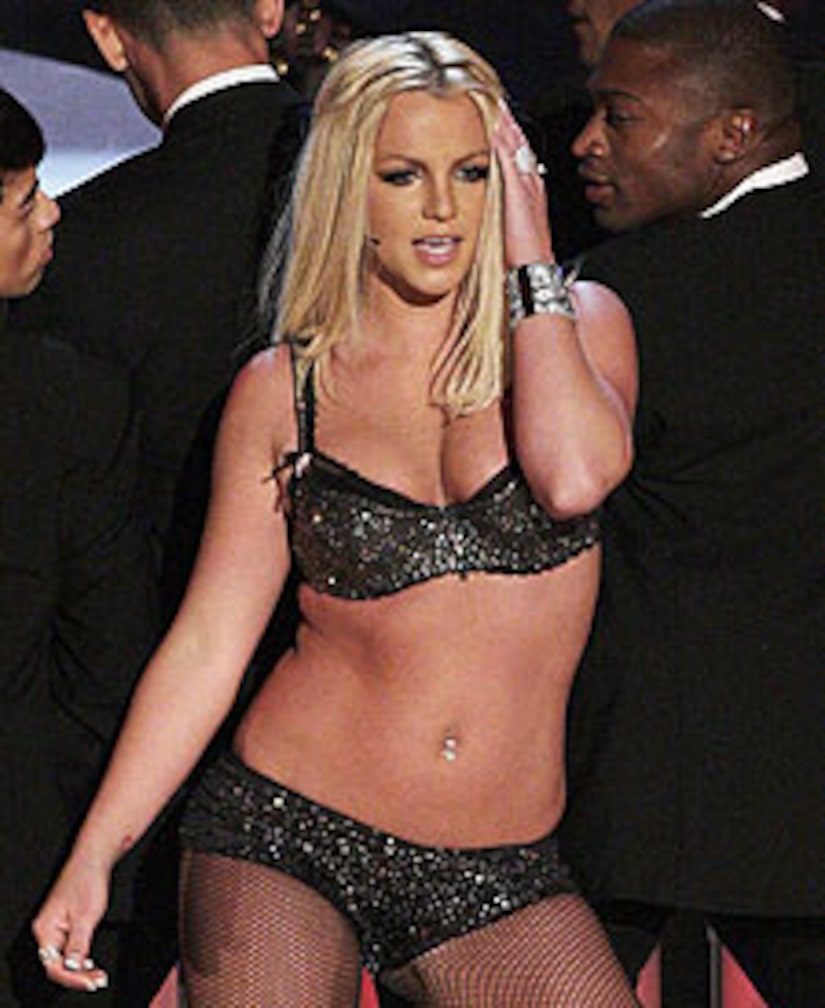 Britney Spears was spotted showing off her buff bod in a white-hot bikini in Cabo over the weekend -- proving that the pop princess has come a long way since her glittered bikini disaster at last year's MTV Video Music Awards.

Now Brit may have a chance to redeem herself with another VMA performance. Rumor has it that Spears -- whose video for "Piece of Me" is up for Best Female Video -- may perform at this year's ceremony to make up for last year's "Gimme More" debacle.

The singer is currently working on a follow-up album to last year's critically-acclaimed "Blackout." In other Britney recovery news, she recently finalized a legal agreement with K-Fed, granting him sole custody of their two tots, with extended visitations for the pop mom.