More trouble for Shia LaBeouf -- the young star of "Transformers" and "Indiana Jones" was busted for DUI last night after a car accident. 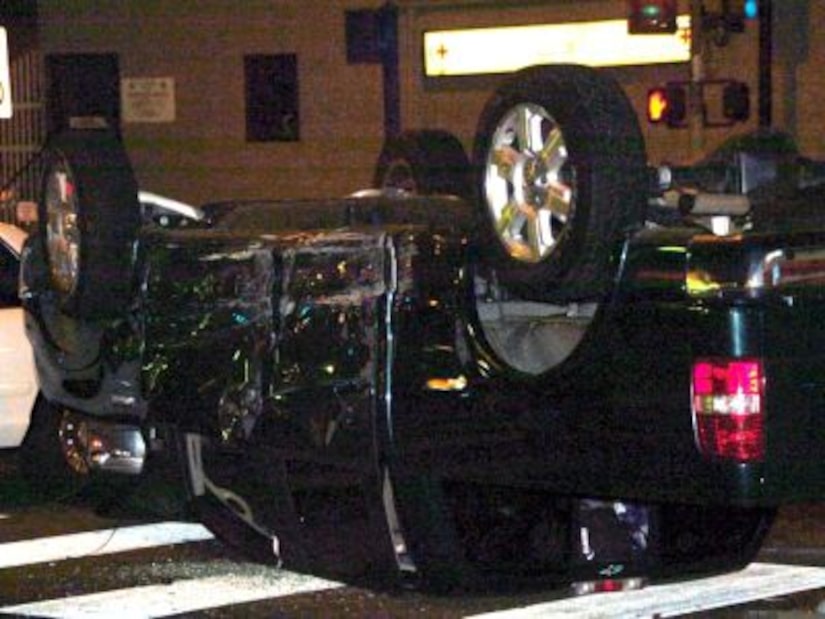 Shia, 22, was behind the wheel when he flipped his car in Hollywood around 3:00 AM. Officers noted he appeared intoxicated, and he was subsequently booked for misdemeanor DUI and released.

Shia's reps have released a statement to "Extra" saying: "Attorneys for Mr. LaBeouf confirm that an automobile accident involving an additional party occurred early morning in Los Angeles on July 27, 2008. Shia is currently recovering from extensive hand surgery with plans to return to work on the set of 'Transformers 2' within one month. No further comment will be issued at this time."

"Extra" has obtained photos from the accident -- one showing the actor exchanging information with another driver, and another showing his mangled Ford truck after it flipped onto its roof. "Extra" will air video and photos from LaBeouf's accident tomorrow, Monday, July 28th. Click here to see more photos.

Last November, the rising star was busted for trespassing after some disorderly behavior and refusing to leave a Walgreens in Chicago. The charges were eventually dropped.