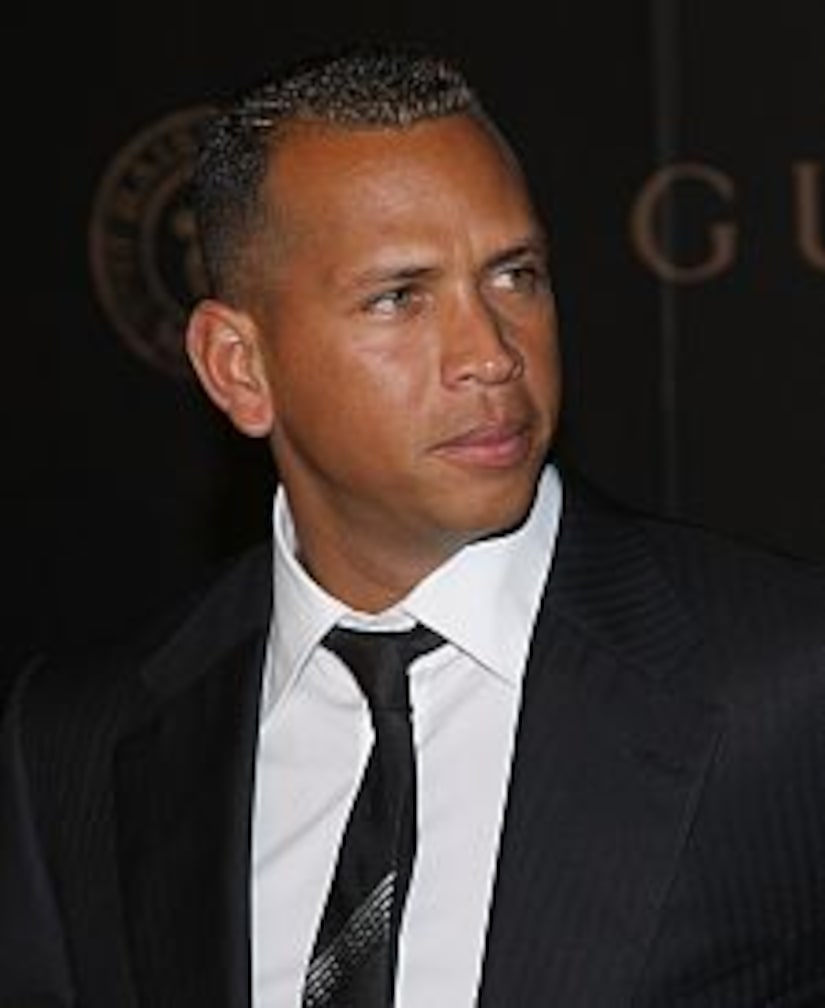 While Yankees slugger Alex Rodriguez is known for his alleged trysts, he and two pals had to leave a rooftop bar in New York because they were "being bothered" by too many girls, a source told the New York Post, saying, "All the girls were harassing him."

Alex, who is heading for divorce court with wife Cynthia, "spent the entire time text messaging," the source added, instead of mingling with the hot women. The famous slugger also avoided drinking alcohol and stuck to Voss water, according to his waitress.