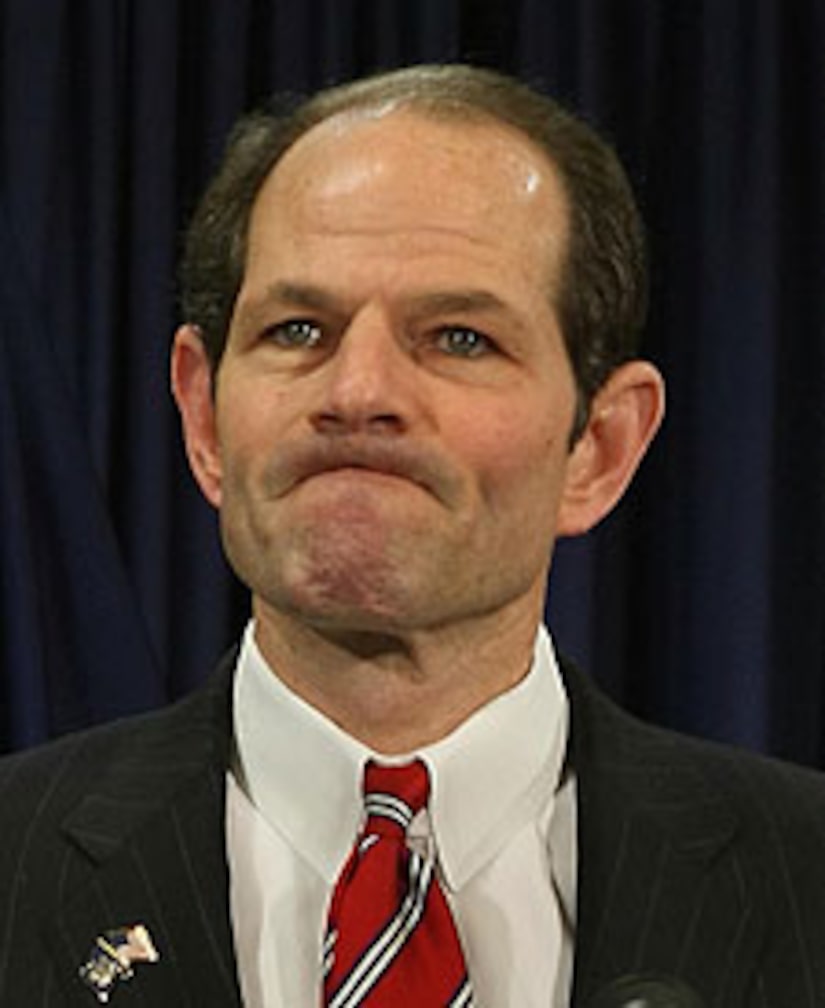 New York's favorite call girl is on the prowl again... and it looks like she's snagged herself another married man! Ashley Dupré is reportedly cozying up to New Jersey asphalt heir Thomas J. "TJ" Earle, VP of The Earle Companies, who lives with his wife and two tots just minutes away from "Kristen's" home, reports the NY Post.

Ashley -- whose trysts Luv Guv Eliot Spitzer brought down his political career -- was spotted entering the Gramercy Park Hotel after a day on the town with Earle, and the two exited the swank digs at different times Wednesday evening -- presumably to avoid being snapped together.

Ironically, Dupré and her apparent afternoon date may have slid under the radar if not for photogs waiting outside the Gramercy -- where actress Lindsay Lohan was reportedly staying with GF Sam Ronson.