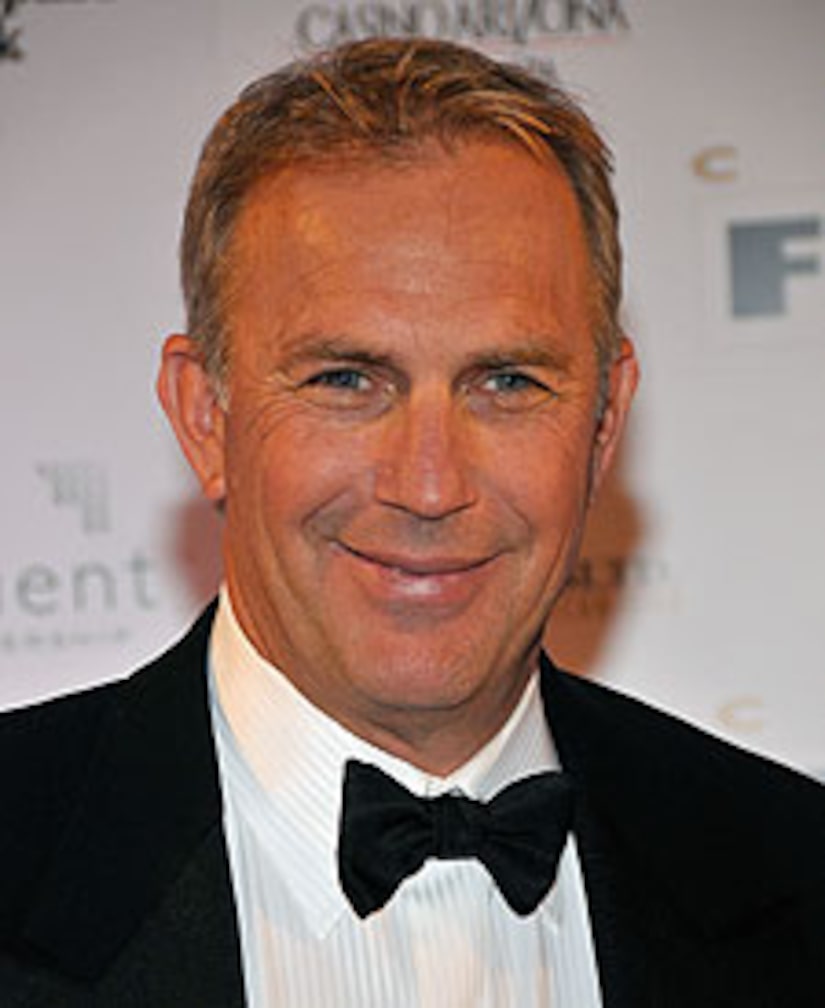 Kevin Costner is known as a Hollywood heartthrob -- but the notoriously private actor shares with "Extra" that he's anything but the typical Tinseltown guy. "I'm not that too-cool-for-school," said Costner. "Somebody told me my picture is on a billboard on Sunset Blvd., I'm going to go out there with my 1-year-old and take a picture of it!"

"Extra" joined Kevin on the set of his new comedy "Swing Vote," where he dished about his past bad luck in love -- including the $80-million divorce from ex Cindy -- and how things have changed. "After my divorce it was difficult -- looking for love," said Costner, before adding, "but that thing happened."

That "thing" was meeting and marrying current wife Christine, with whom he has a 14-month-old son, Cayden. "He's my guy and I'm in love with him," gushes Kevin of his tot. Costner is also father to Joe, Annie and Lily from his marriage to Cindy, and to Liam from a brief relationship.