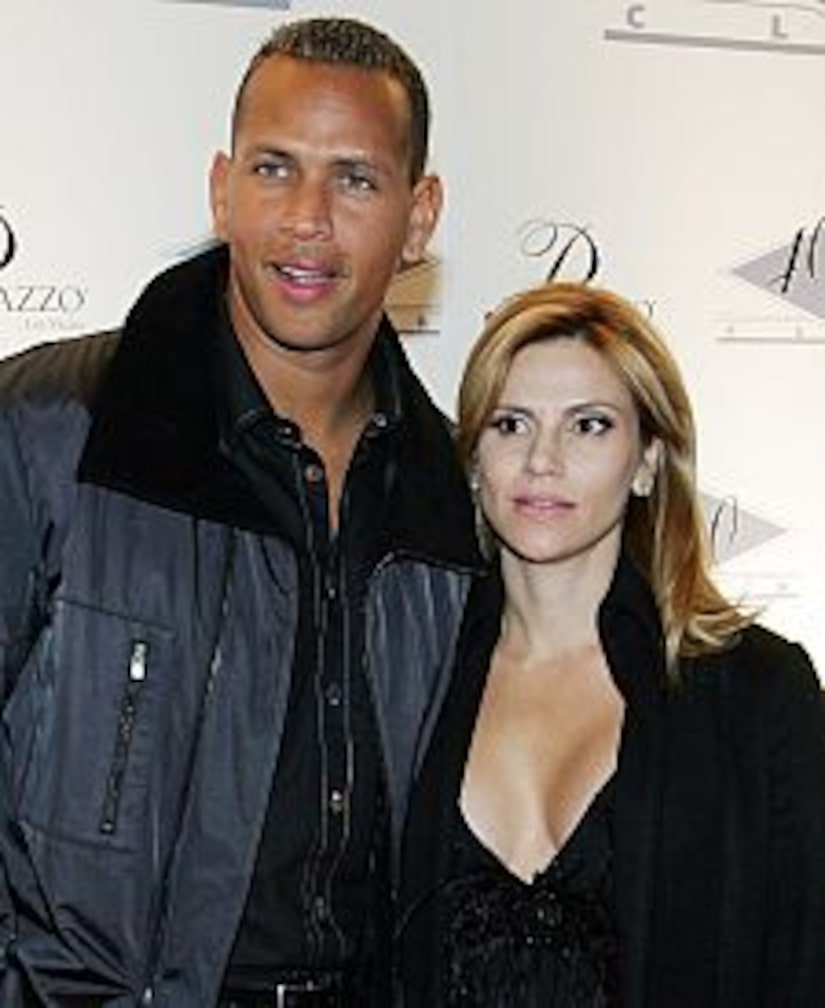 A little late, right? But Yankee Alex Rodriguez and wife Cynthia have had enough of spotlight in this Madonna fiasco -- now the estranged two are reportedly meeting privately in NYC this week to try quickly settling their divorce case -- thus avoiding a protracted public battle, reports the NY Post.

"They're going to try and arrive at a settlement so they don't have a very public dispute," said a Rodriguez source. "The two of them are coming to New York so they don't end up with a battle royal. It's to avert... a slugfest for dollars."

The slugger's wife filed for divorce in Miami earlier this month, claiming her husband had "emotionally abandoned" Cynthia and their tots, Natasha, 3, and Ella, 3 months. Madonna has denied a relationship with the Yankee hunk.